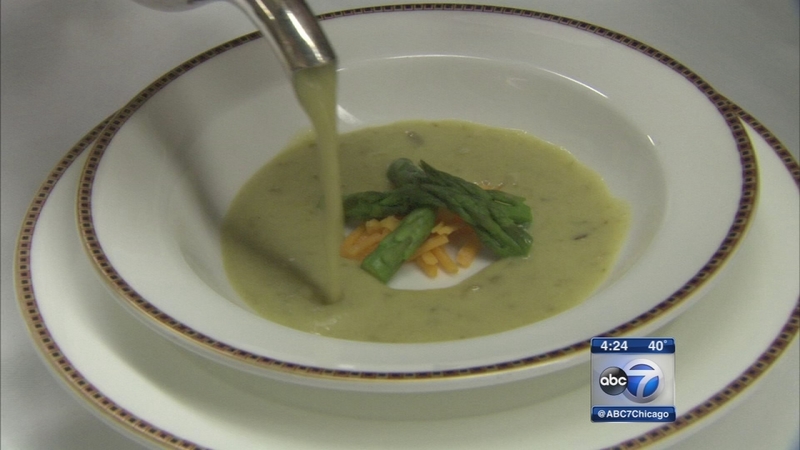 CHICAGO (WLS) -- It's often been said that the best food in the military is served on submarines. For the past two weeks, two submarine cooks have been training at the Union League Club of Chicago's main kitchen.

Executive Chef Michael Garbin of the Union League Club is leading the charge. Melton and White are chefs aboard the USS Illinois, which will launch later this year. Sailors get hungry.

"It's fun teaching these guys the difference between cooking in a restaurant and cooking in the galley of a boat," Garbin said. "A submarine. And, it's a boat not a ship."

They'll be onboard the USS Illinois when it heads out to sea next year. Despite the size of the kitchens, cooking is close to the same on a submarine, they said.

"Except for the fact that we go up and down and we do angles and turns and sometimes things go everywhere. But other than that it's really fun,"