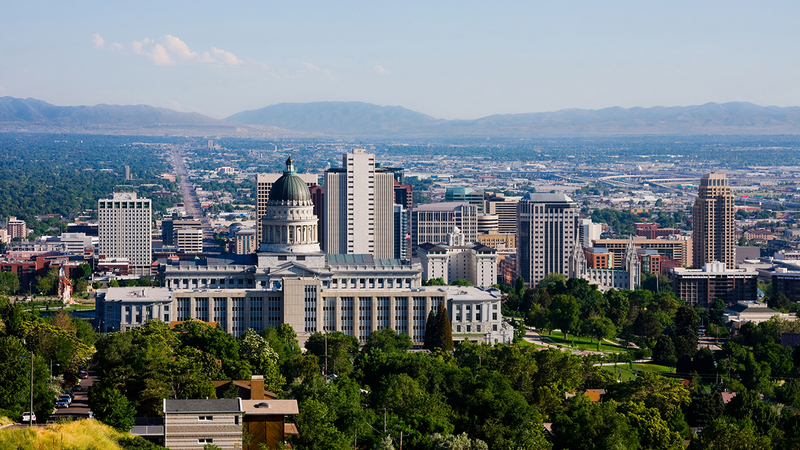 A 5.7-magnitude earthquake shook Salt Lake City and its suburbs early Wednesday, sending spooked residents fleeing their homes, knocking out power for tens of thousands and closing the city's airport.

The epicenter was just southwest of Salt Lake City and about 2.8 million in the state probably felt the quake, the U.S. Geological Survey reported.

There were no initial reports of major damage to buildings or injuries, said Utah Emergency Management spokesman Joe Dougherty.

I know the last thing we need right now is an earthquake, but here we are, and it sounds like aftershocks are likely. The City is assessing the situation now and I’ll circle back with an update when I have it. Be safe. #utpol #slc

Operations at Salt Lake City International Airport came to a halt and the control tower and concourses were evacuated, the airport tweeted. The quake also shut down the light rail service for Salt Lake City and its suburbs.

Some residents ran from their homes and into the streets as they felt the earthquake shake buildings for 10 to 15 seconds.

The quake knocked pictures from walls and dishes from shelves, and people reported feeling it in the neighboring states of Colorado, Idaho, Wyoming and Nevada. Gov. Gary Herbert warned people to stay away from downtown Salt Lake City while officials assess damage.

The road to the Salt Lake International Airport was closed and officials asked people not to head to the airport.

#FAA statement below regarding the evacuation of the air traffic control tower at @SLCairport following an earthquake this morning. pic.twitter.com/GYgdhSHHBL

It was the largest earthquake to hit Utah since a 5.9 magnitude quake shook southern Utah in 1992, according to Utah Emergency Management.

After the initial quake struck at 7:09 am, the geological survey recorded four smaller quakes over the next 23 minutes, ranging in magnitude from 3.7 to 3.9.

It is very likely that you will feel aftershocks today.