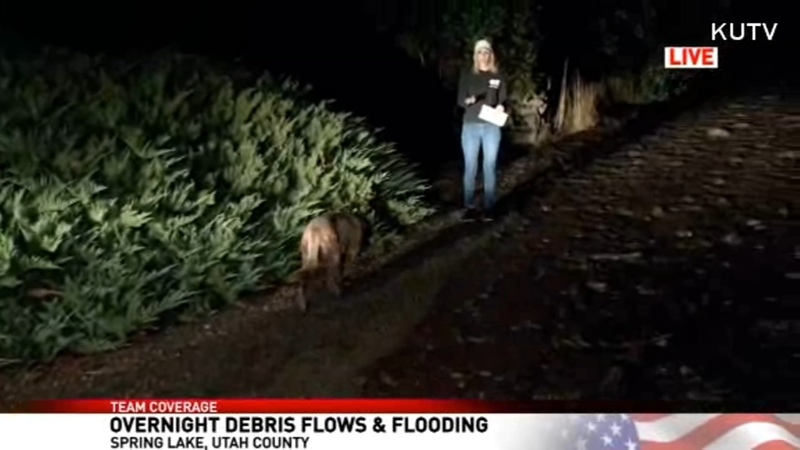 SPRING LAKE, Utah -- A Utah reporter received an unexpected guest during her live shot on Wednesday.

Morgan Saxton was covering flooding in Spring Lake when an animal started walking towards her.

Saxton kept her cool as the camera panned out to show the animal.

The four-legged creature has sparked a debate across the internet.

Some believe it was a coyote or cougar. Some even say it was a mountain lion, KUTV reports.

After the animal walked passed her, it scurried off into the woods behind her.

The Utah Division of Wildlife Resources has since looked at paw prints left by the animal.

They have decided it was, in fact, a dog.