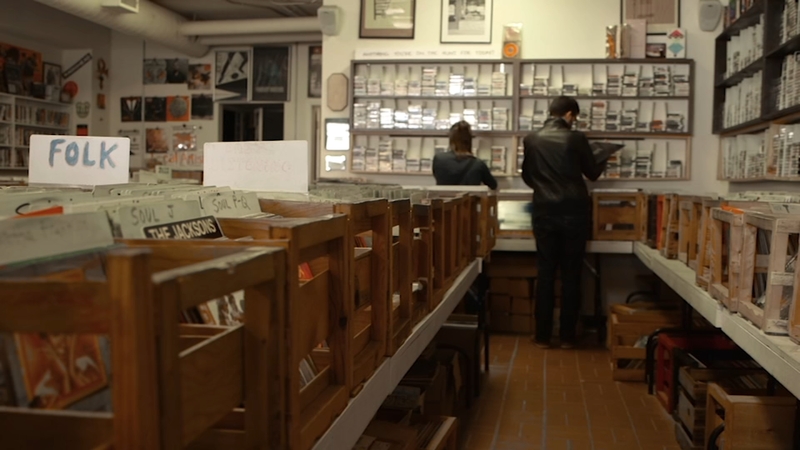 Val's Halla Records in Oak Park is one of the last independent record stores in the Chicago area. At the end of this month, it could be closing.

After opening in 1972 at a different location in Oak Park, the store became legendary in large part due founder Val Camilletti's engaging personality.

"There will never be another Val," said general manager Shayne Blakeley. "She was at once an old sage and ageless. She could connect with anyone in any age group with an interest in anything."

Blakeley was Val's employee for 20 years before she died in June last year, when he took over and became the sole employee.

"It was no question that we'd been struggling for a long time," Blakeley said. "I didn't quite know how bad it was."

Since announcing the closing in the past month, the store has seen a barrage of media attention and patronage that he'd been missing for years.

"The entire concept is heartbreaking, of course. You know this place means the world to me. It has been my world for two decades," Blakeley said.

"If a miracle happens between now and then, I hope that I get as much attention on that note as I get for potentially closing the store."

If Val's Halla does shut down at the end of the month, it will mark the end of a 47-year run in Oak Park.
Report a correction or typo
Related topics:
businessoak parkspotoncommunity journalistmusic
Copyright © 2022 WLS-TV. All Rights Reserved.
TOP STORIES
5 tax changes that can boost your refund this year
Family demands justice after 23-year-old woman found dead after date
Chicago weather forecast includes snow into Monday | Live radar
Fauci optimistic omicron will peak in February
After the omicron wave, what's next for the COVID pandemic?
Illinois driver's license facilities to resume in-person services
Girl, 8, killed by stray bullet ID'd: ME
Show More
19 shot, 4 fatally, in Chicago weekend violence
Rescuers use sausage dangling from drone to lure runaway dog to safety
1 hurt in I-290 shooting in Oak Park: ISP
`Dreadhead Cowboy' pleads guilty to animal cruelty charge
Flags lowered to honor IL DCFS worker who was stabbed to death on job
More TOP STORIES News