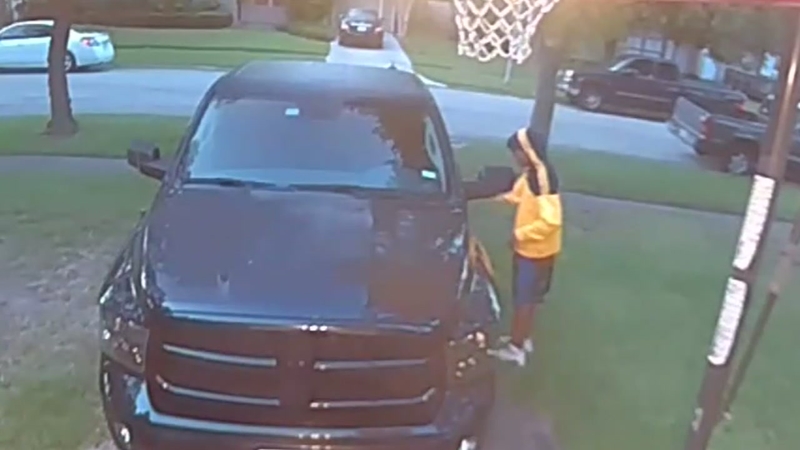 HOUSTON, Texas -- What a family thought was a thief breaking into their truck turned out to be something worse.

A Robindell family got an alert from their Ring doorbell. Later, security camera video showed a man by their truck. They thought he was breaking into it.

"The truck wasn't broken into, thank goodness. Although, I kind of would have rather replaced a window at this point," said one of the homeowners.

What actually happened was disturbing. Security camera video shows the man walk up to the couple's truck. They believe he was walking from their front porch.

"On the door handles of the truck, there were prophylactics: one used, one not used," said one of the homeowners.
The couple says the man put one wrapper in the mailbox and left another on the porch, leaving them both in disbelief.

"I think our first instinct was get it off, because we know there are small children on this street and elderly neighbors, and it's just a sight that you don't want to see," said the homeowner.

They, too, have young children and are worried about what provoked such an act.

"It's because of the kids, that kind of an act, what does it entail? In my mind, I'm thinking of a sexual predator," said the homeowner.

They reported the incident to police and are sharing their story to raise awareness.
"We just want people to be on alert, just watching out for each other, for our neighborhood, for our kids, mostly," said the homeowner.

The man was wearing a yellow jacket with dark shorts. If you have any information, call Houston police.