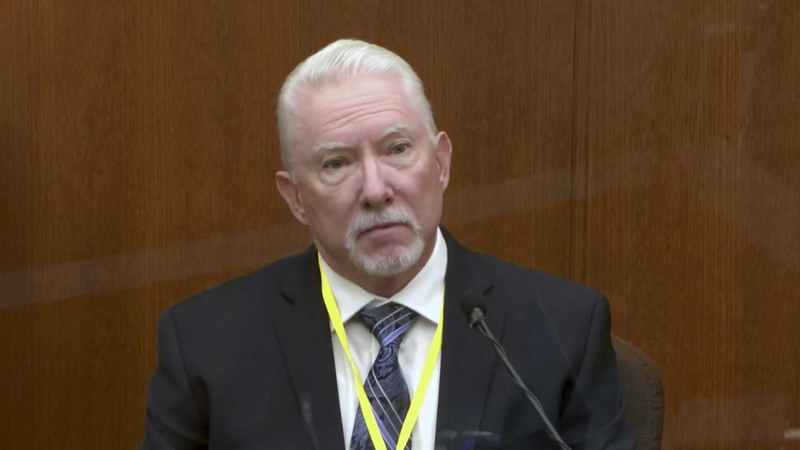 SANTA ROSA, Calif. -- The former Northern California home of an expert police use-of-force witness who testified last week for the defense in the Derek Chauvin murder trial was targeted over the weekend by vandals, police said.

Police in Santa Rosa, California, said the vandalism occurred early Saturday morning at the former home of Barry Brodd, a former Santa Rosa Police Department training officer, who moved out of the residence several years ago and no longer lives in the state.

"Because Mr. Brodd no longer lives in the city of Santa Rosa, it appears the victim was falsely targeted," Santa Rosa police said in a statement.

Police were called to the home just after 3 a.m. by the new homeowners, who told officers they were awakened by a group of people dressed all in black, who threw a severed pig's head on their front porch and splattered blood on the front of their house, officials said.

"It appears the suspects in this vandalism were targeting Mr. Brodd for his testimony," the police statement reads.

About 45 minutes later, a statue of a giant hand outside the Santa Rosa Plaza shopping mall was also found coated in blood, police said. The vandals also left a sign in front of the statue that included a picture of a pig and the words "Oink Oink," police said. 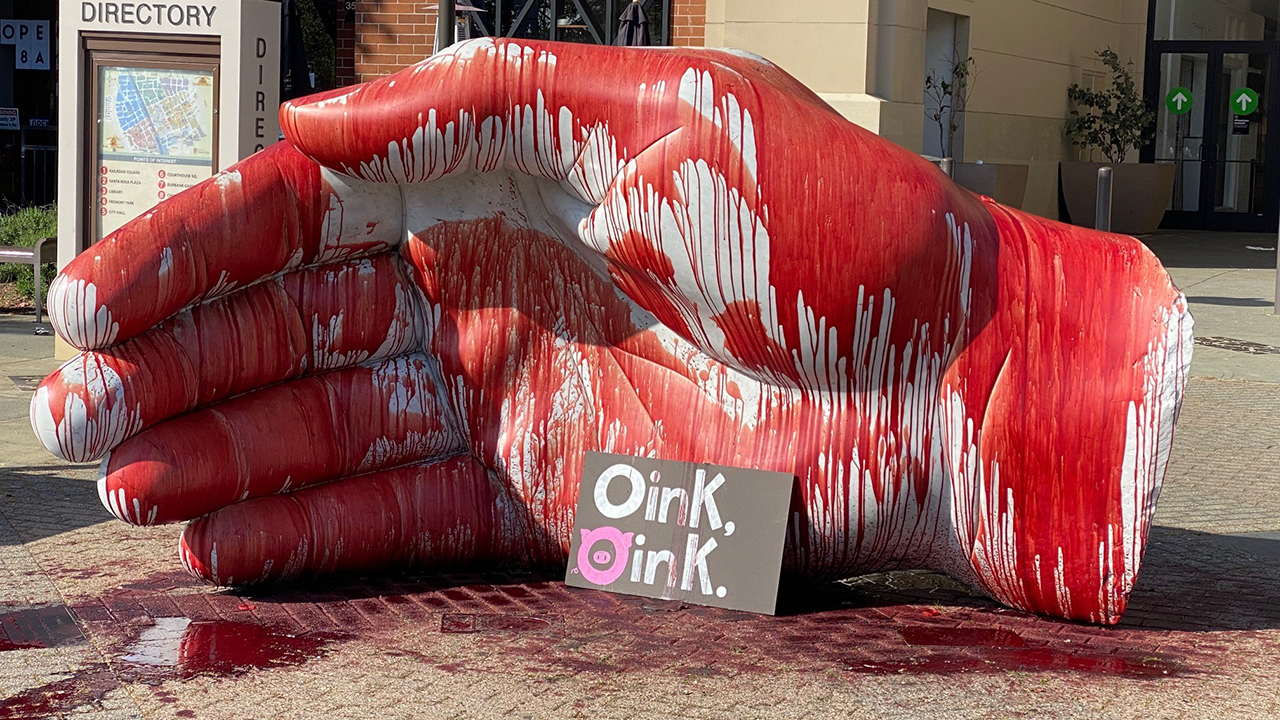 A statue of a giant hand outside the Santa Rosa Plaza shopping mall was found coated in blood, police said

"The suspects were seen fleeing the area and matched the descriptions of the suspects who vandalized the house," the police statement reads.

Brodd, a consultant on police practices and use of force, testified Tuesday as a paid expert witness for the defense.

He testified that his review of the evidence in the high-profile case led him to the opinion that the type of force Chauvin used on George Floyd was justified and that the former Minneapolis police officer "was acting with objective reasonableness following Minneapolis Police Department policy and current standards of law enforcement in his interactions with Mr. Floyd."
Brodd's opinion countered several Minneapolis Police Department use-of-force trainers and top department officials who testified that the amount of force Chauvin used on Floyd was excessive, unnecessary and not written anywhere in the agency's policies and practices.

"That action is not de-escalation," Minneapolis Police Chief Medaria Arradondo testified during the trial, which heads into closing arguments on Monday. "And when we talk about the framework of our sanctity of life and when we talk about our principles and the values that we have, that action goes contrary to what we are talking about."

Brodd testified that his career as a police officer spanned 29 years, the majority of it with the Santa Rosa Police Department.

"Mr. Brodd's comments do not reflect the values and beliefs of the Santa Rosa Police Department," Navarro said in his statement, adding that Brodd has not worked for his agency since 2004.

Brodd could not be reached on Sunday for comment.