Veteran comes to aid of injured motorcyclist on Veteran's Day 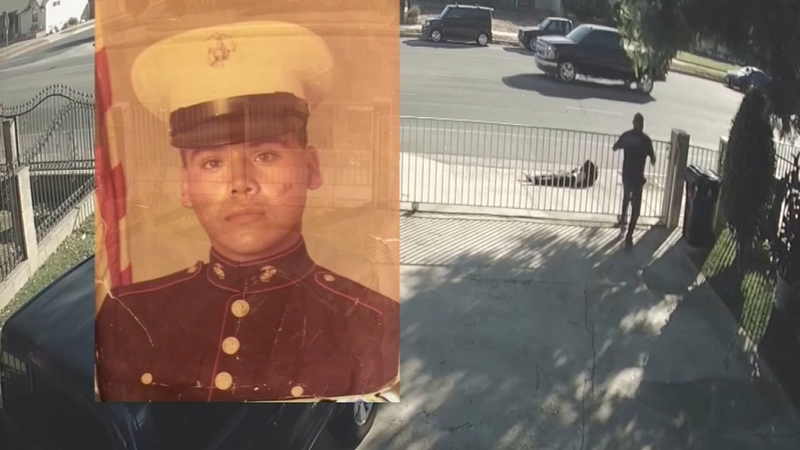 LOS ANGELES -- A veteran re-proved his hero status on Veteran's Day when he saved a motorcyclist who was hit by a car in front of his home.

The accident was all captured on home security video: A car making a left turn collided with a motorcyclist, sending him cartwheeling through the air and causing his shoes to fly off. He landed smack dab in front of George Ramirez's home in the Los Angeles neighborhood of North Hills.

"I saw him literally right there in the driveway," Ramirez told KCAL.

Video shows Ramirez, a veteran, running down his driveway to help the 20-year-old motorcyclist, using skills he learned in the service.

"I didn't even realize to be honest that that's what the day was at the moment," Ramirez said. "For some strange reason, the young man was delivered literally to my door step. I could not ignore that. I had to help him as I would anyone else."

The driver who caused the accident did stop and get out of his car to check on the young man, who survived.