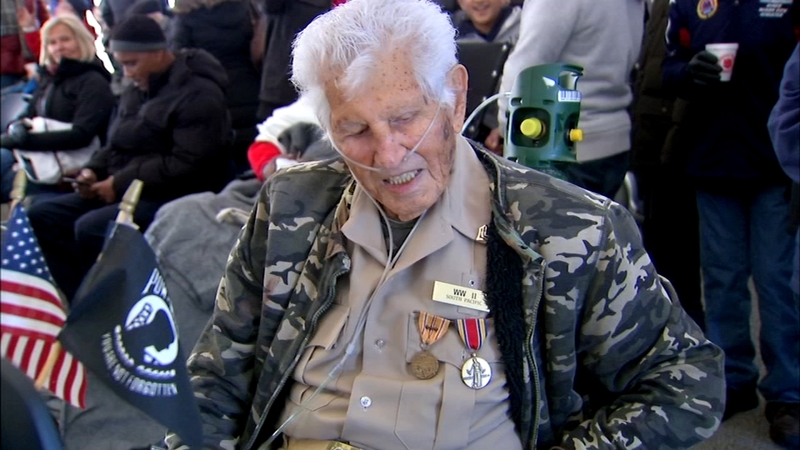 MAYWOOD, Ill. (WLS) -- Men and women who served in the military were honored Saturday during a Hines VA Hospital event.

Sunday is Veterans Day, which was formerly called Armistice Day to mark the end of World War I.

"I never really thought about being celebrated as a servicewoman, I just went out and served my country," said Angela Johnson, an Army veteran who served during the Gulf War.

Veterans of the Gulf War, along with those who served in both World Wars, Korea, Vietnam, Operation Iraqi Freedom and Operation Enduring Freedom, were recognized during a certificate ceremony.

The event also marked the 243rd birthday of the U.S. Marine Corps.

This is the event's second year.

Hines Director Dr. Steven Braverman came up with the idea. The retired army colonel said that before he arrived at the hospital, there weren't any Veterans Day ceremonies.

"Some of our folks came home from Vietnam and they didn't have any of this and saying thank you to them is the first time they get an opportunity to hear thanks from everybody," Braverman said.

Despite the cold, the event still began with a parade before the veterans of the day were honored.

Among those honored was 102-year-old Peter Poulos, who is one of the oldest veterans in the U.S. He served in the Army from 1942-1946 and saw combat in the South Pacific.

Artist Mark Paul John donated some of his paintings after he found out his father, Paul John -- a Korean War veteran - was going to be one of the ten veterans that were honored.