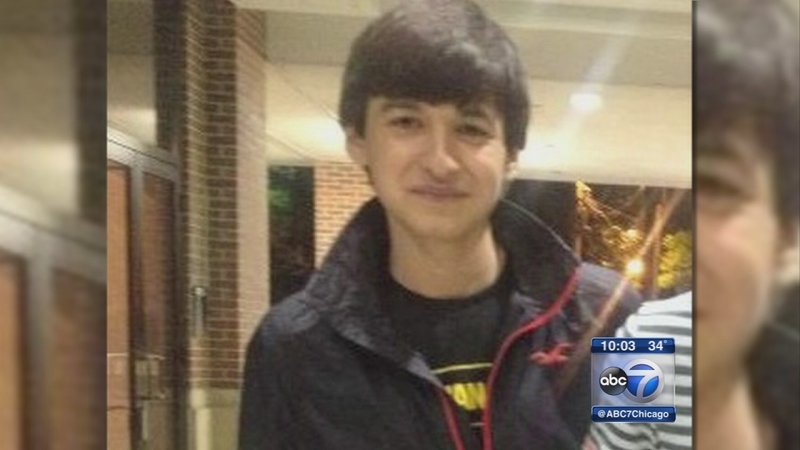 U of I student, recent grad missing near campus

CHAMPAIGN, Ill. (WLS) -- A University of Illinois student from Chicago has been missing since Sunday, his family said.

Vicente Mundo, 20, was last seen near the corner of Third and Chalmers in Champaign on Sunday night. His roommate told Mundo's family that Vicente left their off-campus apartment to meet someone near his car around 6:45 p.m. Cell phone records show he made his last call around 7:12 p.m. Sunday.

Friends were waiting for Mundo, a junior studying statistics, at his apartment to watch a movie, but he never returned home.

Mundo is 6 feet tall, 140 lbs, and has dark brown hair and dark brown eyes. His car is also missing. It's a silver Acura TL sedan with dark blue Chicago Bears license plates with the number 2557.

His family, including some of his sisters and his mother, has traveled to the Champaign-Urbana area to work with detectives on the case.

"It's hard. It's hard because I don't know where he's at," said Viviana Mundo, Mundo's sister. "I don't want to get to the point where I'm thinking the worst, but I think I'm getting there. Just because we don't know anything."

Mundo, a 2012 graduate of Currie High School, was last seen Sunday night about 7 p.m. University of Illinois Police say he was leaving a friend's campus area apartment to meet another friend, but it's unclear what happened next.

"According to one of his friends, he was supposed to go the garage and get something from his car, meet someone in the car. I'm not quite sure what happened there. The thing is he just never came back to the apartment," Viviana said.

The friend's apartment is in Champaign. According to police, Mundo lives just a block away. According to his family, his last cell phone ping came from Mahomet, a small town 11 miles away. The family also says his 2006 Acura TL with Chicago Bears vanity plates number 2557 is also missing.

2nd U of I grad missing since New Year's Eve

After hearing about the latest case reported Thursday, a second family came forward. Cristian Zamora, a 2014 U of I grad, was last seen in Champaign on New Year's Eve. His family has spent 29 days searching for him and handing out flyers.

"They haven't found a body and they've done searches. So that makes us hope that he's still out there somewhere. We just want him back," said Jeannie Douglas, Zamora's aunt.

Zamora's mother tells me she calls her son's cell phone every day in hopes he will answer. Police say these cases are unrelated.

Both families hope someone out there has information to help investigators.