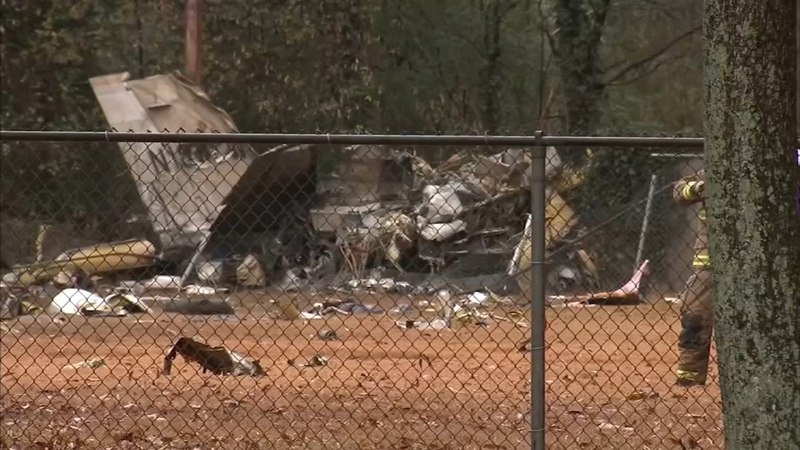 No survivors after small plance crashes in Atlanta

ATLANTA -- Atlanta fire officials say three people in a business jet died when the plane crashed into a park.

Atlanta Fire Rescue Sgt. Cortez Stafford said a home near the park was damaged in Thursday's crash on a football field near a county airport, but no injuries on the ground were reported.

Stafford said wreckage from the plane was spread out on the field over about a 100-yard (91-meter) area.

Federal Aviation Administration spokeswoman Kathleen Bergen told The Associated Press that the Cessna Citation V had departed from a runway at the Fulton County Airport shortly before the crash around noon. She said it went down about 1.5 miles (2.4 kilometers) east of the airport.

Stafford said the plane can hold as many as 8-10 people.

A witness to a deadly plane crash near Atlanta describes what he saw.

"As it was going down you could see the wings shifting back and forth, so, next thing I see is the smoke," eyewitness Reggie Duman told WCGL. "I jump out of the car and run over to the park, or whatever, and try and see if I can, you know, see somebody, help somebody, but I didn't see nothin' and it was just a pile of smoke, you know. But, I can tell, whoever was driving the plane had some kind of control of it the way it was going down and moving side to side."