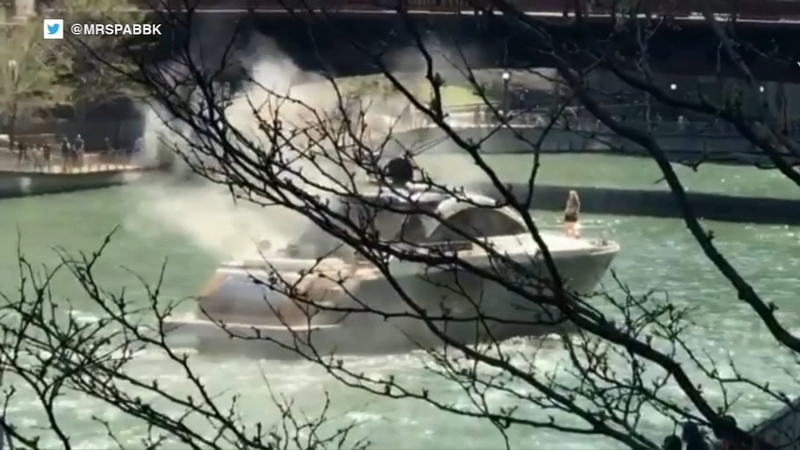 CHICAGO -- Clouds of smoke poured from a boat that caught fire Saturday in the Chicago River.

The privately owned boat caught fire about 3 p.m. outside of Trump Tower, near North Wabash and the 300 block of South State Street, according to Chicago Fire Media Affairs.

Firefighters responded to the scene with boats and engines. Everyone on the boat self-evacuated and no injuries were reported, officials said.