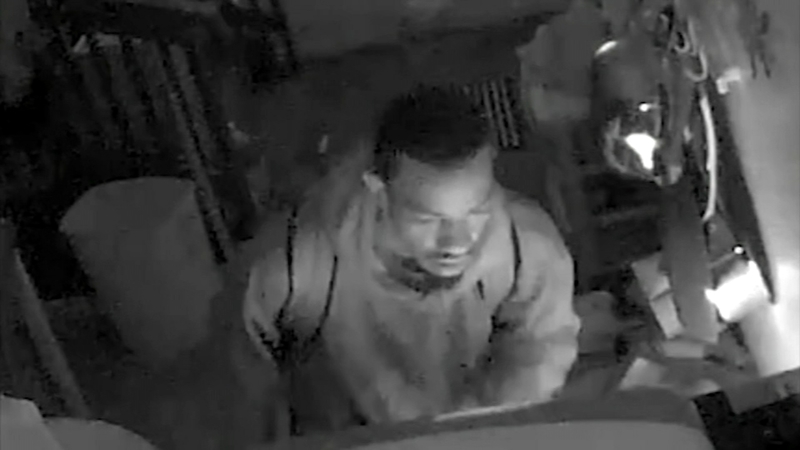 CHICAGO (WLS) -- Surveillance video caught a burglar inside a Northwest Side apartment, and stealing irreplaceable items from a woman's apartment, as he also robbed her of her sense of security.

The victim is speaking out as a warning to her neighbors.

He crawled through a side window into the ground floor apartment, and took more than material things.

"Everything was just taken, and it's... it's very painful," the victim said.

The woman who lives in the apartment asked not to be identified. She was gone last weekend during the midday break-in. The burglar took a laptop, iPhone and a guitar, as well as jewelry belonging to her mother, who died last month.

"I just celebrated my birthday, and I was wearing one of, a piece of that heirloom, and that was the last time that I'd be wearing it," she said through tears. "So that's, that's really painful."

The thief made himself at home, even stealing from her fridge.

"Must have been hungry," the victim said. "A friend of mine gave me my birthday chocolates, which made me happy, and he took it as well."

The burglary comes on the heels of a series of community alerts in recent weeks about home and garage break-ins on the west and northwest sides. Many of the thieves have entered through broken or unlocked windows.

The victim thought her window had been locked. It's unclear how the burglar made it through.

"I'm angry at him," she said. "I'm really angry. It's just evil to invade someone's space."

The day after that break-in the victim installed a security system, but she said she remains fearful and is thinking of moving.
Report a correction or typo
Related topics:
chicagobelmont craginburglarysurveillance video
Copyright © 2021 WLS-TV. All Rights Reserved.
More Videos
From CNN Newsource affiliates
TOP STORIES