KGO
By Kate Larsen
SAN FRANCISCO -- Exclusive new video from an Uber dash cam shows the moment a couple was hit by a car that ran a red light in an San Francisco intersection.

The cars are all moving slowly, at least relative to the Tesla, which is seen speeding up Taylor, through a red light.

It takes one second for the Tesla to broadside a Mini Cooper, which had the green light, and then hit a couple who were in the crosswalk.

In the video, you can see that Kelly Dean saw the Tesla coming, stopped, and threw her arm across her husband, before the Tesla hit them both, throwing them into the air.

VIDEO: Woman arrested in connection with deadly SF crash (1 of 2)

Kelsey Mariah Cambridge, 21, is seen after she was arrested in connection with a crash in San Francisco that left a tourist from the Central Valley dead and his wife critically injured.

"She was incoherent, gurgling noises, she was on her stomach with her head off to one side," said Bob Navarro, who ran to help the couple and stayed with Kelly, who was unresponsive. "I could see a lot of blood coming from her head and we just kept talking to her, talking to her."

Kelly survived and, as of Monday night, is at San Francisco General Hospital in critical condition.

The couple, from the Fresno area, were in San Francisco celebrating their wedding anniversary.

The driver of the rented Tesla, 21-year-old Kelsey Cambridge of Vallejo, was arrested Sunday and booked for involuntary vehicular manslaughter.

The woman allegedly responsible for hitting a couple sightseeing in San Francisco on Sunday has been identified as 21 year-old Kelsey Mariah Cambridge of Vallejo. She's been charged with involuntary vehicular manslaughter and one count of running a red light.

"Pedestrian fatalities are way up this year, and most of those are here in this neighborhood," said San Francisco Supervisor Matt Haney.

Sunday's deadly wreck happened in the Tenderloin - the heart of Haney's district, and the city's "high injury network." The dangerous areas are mostly concentrated in the downtown, SOMA and Tenderloin neighborhoods.

"We are in a crisis, we are in a state of emergency and it's time that the city recognize that," said Haney.

"Speed is the number one killer," said Jodie Medeiros, the executive director of Walk San Francisco, a pedestrian advocacy organization. She wants new policy that slows down drivers. "Street design changes and re-engineering to really impact how people are driving in our city." 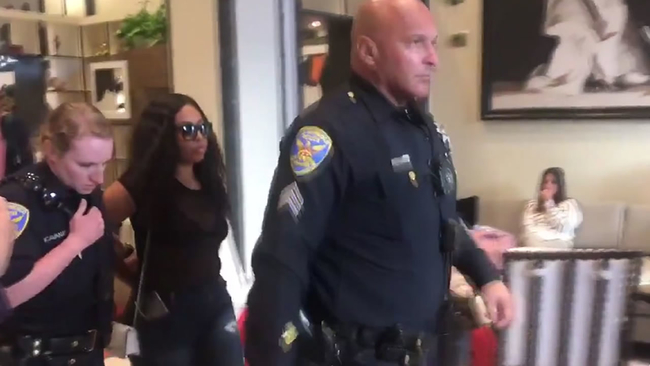