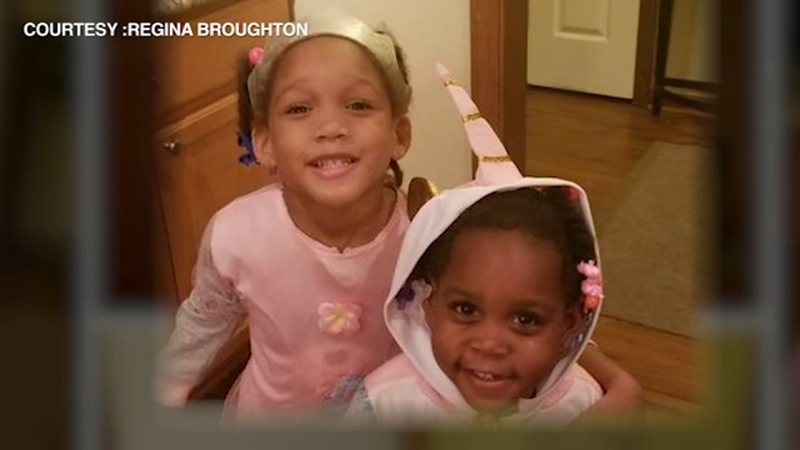 CHICAGO (WLS) -- A 6-year-old girl is recovering after she was shot and her sister killed in a drive-by shooting on Chicago's Northwest Side over the weekend.

Just days after the unimaginable tragedy, Aubrey Broughton sat on her grandmother's sofa, carrying scars -- both physical and emotional - that no child should have.

Aubrey was shot in the chest Sunday, along with her 7-year-old sister Serenity, as they sat in their parent's car, in Chicago's Belmont Central neighborhood.

A 7-year-old girl is dead and her 6-year-old sister is "fighting for her life" after they were shot Sunday in Belmont Central on the city's Northwest Side, according to Chicago pol

They were on their way to get food after visiting their grandma and going to church.

Serenity did not make it.

"My daughter told me it's going to be awhile before they come visit me, if she ever visit me over here again. Because of the violence, I lost... it's like I lost my family," Ivy said.

Although Aubrey was just released from the hospital Wednesday night, the young girl will never recover what was lost.

"They took the tube out in the morning around 8ish or so, and then they said they would monitor her and we would have to come home and take it light with her. But she's high spirits. She asks about her sister. Constantly," said the girls' grandmother, Regina Broughton.

Aubrey is, for now, staying with her grandmother in south suburban Crete, as her parents get ready to bury their eldest child.

The family, and the community, is left reeling after the senseless shooting.

Her princess dress lifts her spirits, somewhat, but her sadness is clear.

Visitation for Serenity is scheduled for a week from Friday and she will be buried that Saturday.

Meanwhile, police said the search for the person or persons who fired the shots is still ongoing.