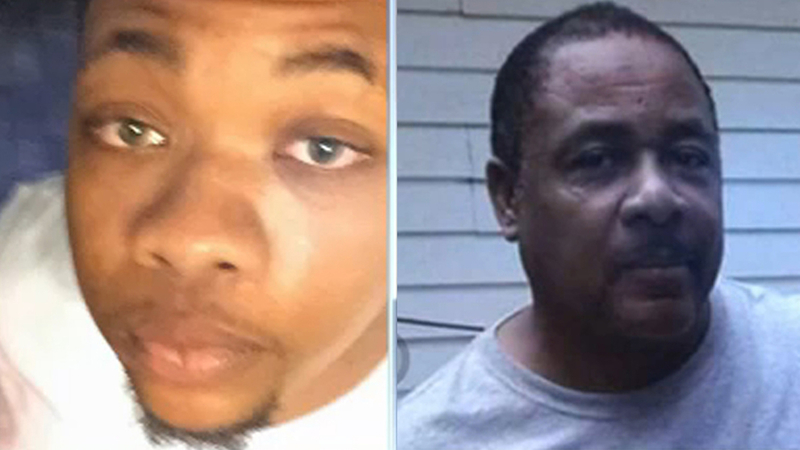 RIVERDALE, Ill. (WLS) -- A father and son were found fatally shot Sunday afternoon in a Riverdale apartment where a toddler was also found unharmed inside.

The victims were identified as father Vincent Martin, 61, and son Marquil Carter, 25, according to the Cook County Medical Examiner's Office.

The mother of the toddler, a 2-year-old boy, found the two men shot in the apartment, which is located in the 13000 block of South Indiana Avenue.

The family had recently moved into the apartment.

No one was in custody on Sunday, but police do not believe the incident was random. The shooter was apparently able to enter the apartment without a struggle.

Relatives said they did not know of any enemies the men would have had.

"They were just wonderful people," said relative Janet Aikens. "I loved them. Everyone loved them. All these people out here today loved them."