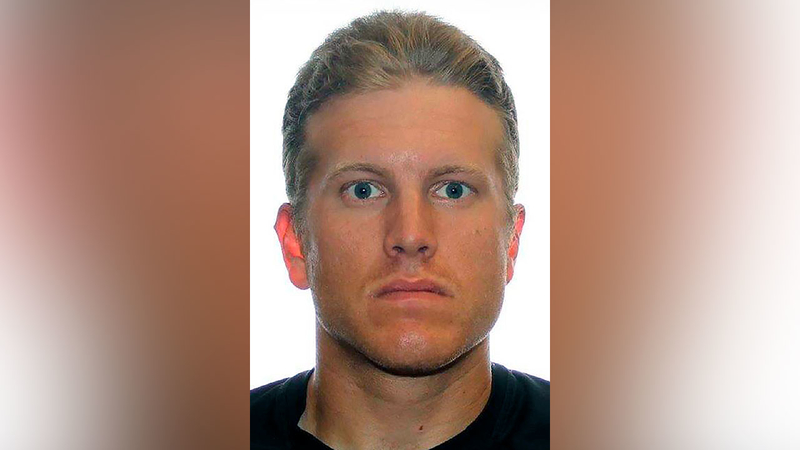 GREENBELT, Md. -- A former Canadian Armed Forces reservist and two other men who authorities say are linked to a violent white supremacist group were arrested Thursday, just days before they were believed to be headed to a pro-gun rally in Virginia's capital.

The three men, members of The Base, were taken into custody on federal felony charges in Maryland and Delaware, the Justice Department said in a news release. One of the men had discussed traveling to Ukraine to fight alongside "nationalists" and compared the white supremacist group to al-Qaida, a prosecutor said during the defendants' initial court hearing.

A criminal complaint charges Canadian national Patrik Jordan Mathews, 27, and Brian Mark Lemley Jr., 33, of Elkton, Maryland, with transporting a firearm and ammunition with intent to commit a felony. William Garfield Bilbrough IV, 19, of Denton, Maryland, is charged with "transporting and harboring aliens."

The three men were believed to be planning to attend a pro-gun rally scheduled for Monday in Richmond, according to a law enforcement official who spoke to The Associated Press on condition of anonymity to discuss an active investigation.

Virginia Gov. Ralph Northam on Wednesday declared a state of emergency and banned all types of weapons from the gun rally, citing reports that armed militia groups were planning to attend.

The Virginia Citizens Defense League and Gunowners of America filed a lawsuit Thursday seeking an injunction specifically against the ban on firearms. A judge upheld the ban, citing U.S. Supreme Court and other court rulings that found the Second Amendment right to bear arms is not unlimited.

In encrypted chat rooms, members of The Base have discussed committing acts of violence against blacks and Jews, ways to make improvised explosive devices, their military-style training camps and their desire to create a white "ethno-state," according to an FBI agent's affidavit.

Mathews and Lemley were arrested in Delaware and Bilbrough was arrested in Maryland. The men briefly appeared in court Thursday afternoon in Greenbelt, Maryland. A federal magistrate judge agreed to keep all three men jailed pending detention hearings, scheduled for Wednesday.

Assistant U.S. Attorney Thomas Windom showed the judge a photograph of Bilbrough participating in a military-style training camp with other members of The Base and said Bilbrough had also talked about traveling to Ukraine to fight alongside "nationalists."

"He has personally compared The Base favorably to al-Qaida," Windom said.

As federal agents moved in to arrest Lemley and Matthews on Thursday, the men smashed cellphones and tried to flush the pieces down a toilet, the prosecutor said.

Mathews illegally crossed the U.S. border near Minnesota in August and Bilbrough traveled 600 miles (965 kilometers) each way in a car to pick him up and bring him to Maryland, authorities said. Mathews, who appeared in court Thursday with a bushy beard, was a combat engineer in the Canadian Army Reserve. Lemley was a "cavalry scout" in the U.S. Army, court papers show.

U.S. and Canadian authorities had been searching for Mathews after his truck was found in September near the border between the two countries. The Canadian military's intelligence unit was investigating Mathews for "possible racist extremist activities" for several months, according to the Canadian Department of National Defence.

Authorities say Lemley and Mathews built an assault rifle using several parts, including an upper-receiver that Lemley had ordered and shipped to a Maryland home. In December, the three men gathered at an apartment that Lemley and Mathews rented in Delaware, where they discussed The Base and its activities and members, passed around the assault file and tried to make the drug DMT, a hallucinogen, according to court papers.

A few days later, Lemley and Mathews bought 150 rounds of ammunition and paper shooting targets and Lemley was spotted by an FBI agent at a gun range in Maryland. Court papers say federal agents heard the gun firing in rapid succession .Authorities say Lemley later told Mathews: "Oh oops, it looks like I accidentally made a machine gun."

Federal agents appeared to be tracking the men's movements and set up a stationary camera near the gun range, which captured video of Mathews shooting the gun there on Jan. 5. Court documents say Lemley had also ordered 1,500 rounds of ammunition and that he and Mathews visited the gun range as recently as Saturday.

Prosecutors say Bilbrough recently drove to Alabama to stay with another member of The Base and had also visited Lemley and Mathews in Delaware, where the men had burned a Bible and other unidentifiable items in a wooded area.

Lawyers for Lemley and Mathews declined to comment on the charges. Bilbrough's attorney, Robert Bonsib, said he was "underwhelmed" by a prosecutor's arguments for keeping his client detained. Bilbrough was the only one of the three men not facing a firearms-related charge.

"I think this 19-year-old man should be released," Bonsib told reporters after the hearing. Two of Bilbrough's relatives attended the court hearing but declined to be interviewed.

The Anti-Defamation League said members of The Base and other white supremacist groups have frequently posted online messages advocating for "accelerationism," a fringe philosophy in which far-right extremists "have assigned to their desire to hasten the collapse of society as we know it."