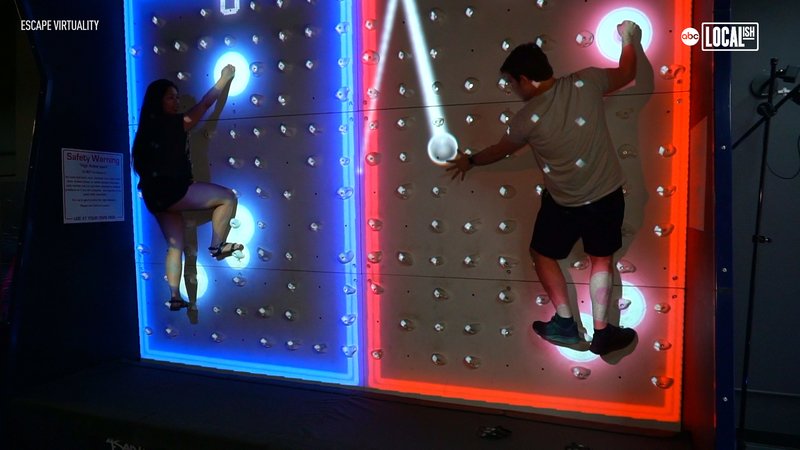 NEW YORK CITY -- Compete against your significant other, beat bad guys with your friends, or work together with your co-workers to escape the wrath of a Goblin King!

Escape Virtuality offers a variety of escape rooms and arcade games - all you have to do is strap on the headset!

"The technology behind our escape rooms is new," said Neil Yasnogorodsky, General Manager of Escape Virtuality. "A real escape room experience, in a virtual world."

There are multiple simulators, experiences, and games at Escape Virtuality, all of which are multi-player so it is a great activity to do with friends and family.

Players wear backpacks that act as the computers that operate the game. The boundaries of the game never exceed the play space so no one has to worry about wandering off or crashing into anything.

"For the virtual reality escape rooms, we offer the haunted cabin, we have the alien abduction, Egyptian tomb, the mental hospital, and Goblin quest," said Yasnogorodsky.

There are also heart-pounding, jumpy aspects to the game - including ghosts, people that appear behind you, and other surprises!

"A successful escape room is always exciting for groups because you get the satisfaction of winning," said Yasnogorodsky.