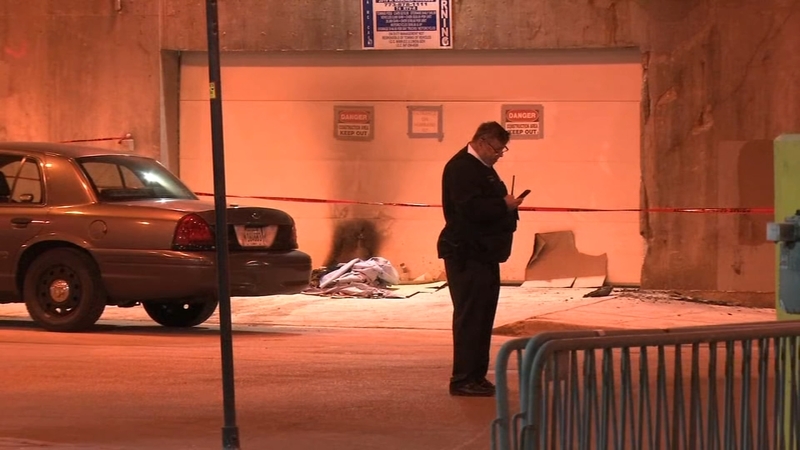 CHICAGO -- The condition of Joseph Kromelis - the famed "Walking Man" of downtown Chicago - has been upgraded nearly a month after he was attacked and severely burned while sleeping near Trump Tower.

Kromelis was admitted to Stroger Hospital in critical condition the end of May but he is now listed as serious, according to Cook County Health spokeswoman Alexandra Normington.

The hospital released no other information, citing privacy rules, and the prognosis for his recovery was not known.

Kromelis was burned over more than half of his body when he was doused with gasoline fluid and set on fire on May 25. Doctors have said he would be unable to recover from the wounds.

Joseph Guardia, 27, has been charged with the attack. He has offered no motive to police other than he is an "angry person," according to prosecutors.

Kromelis had been sleeping under blankets in the 400 block of North Lower Wabash Avenue when surveillance cameras captured Guardia walk up and stand over him silently for 16 seconds, prosecutors said.

Guardia left as Kromelis' entire upper body was engulfed in flames, prosecutors said. Kromelis tried to put out the fire but finally slumped against a garage door. Two security guards from Trump Tower came to his aid before an ambulance arrived.

Police recovered an extra large McDonald's cup used in the attack and sent it to an Illinois State Police lab for testing. Detectives used surveillance video to track Guardia's movements from the crime scene across town and issued a public bulletin that led to his arrest two days later.

Six years ago, Kromelis was brutally beaten by someone with a baseball bat in the 400 block of East Lower Wacker Drive. The two were struggling over the bat when police arrived.