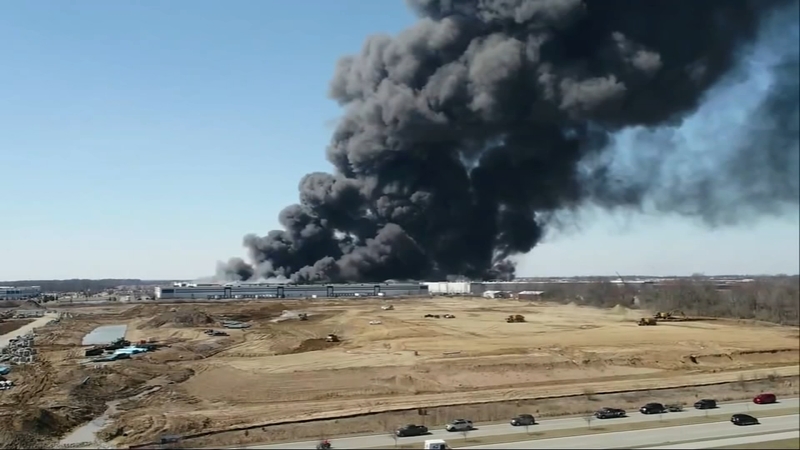 The Plainfield Fire Territory confirmed they are battling a fire at the Walmart distribution center on AllPoints Parkway.

Walmart had 1,000 employees inside at the time the fire broke out that have been accounted for at this time, Plainfield Police Department Deputy Chief Joe Aldridge said.

A massive fire in Plainfield, Indiana today at a Walmart warehouse has sent a huge plume of smoke into the air near Indianapolis and Avon.

No injuries are have been reported at this time, Alridge said.

Smoke from the fire can be seen from downtown Indianapolis and all over the area.

"If you're under the plume or in the area, shelter in place or evacuate, if you're already outside," Plainfield Fire Chief Brent Anderson said.

One firefighter suffered minor injuries while fighting the fire, but was treated and released back to the scene, Anderson said.

The Town of Plainfield is asking people not call the dispatch center unless there is an emergency.