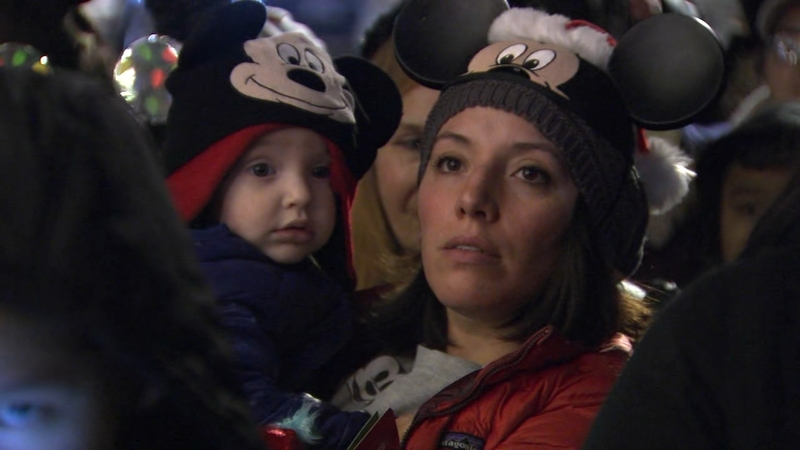 CHICAGO (WLS) -- Disney fans gathered Thursday at the former home of Walt Disney himself to celebrate what would have been the Mickey Mouse creator's 118th birthday.

Disney's birthplace home in the Hermosa neighborhood, and its former resident, have been points of pride for Chicagoans. Mayor Lori Lightfoot even declared Thursday "Walt Disney Day" in the city.

Both the city and Wintrust Bank sponsored Thursday's special celebration at the home at 2156 N. Tripp Ave. It was Chicago's seventh annual Tribute to Walt Disney Day there.

"To see what it's done to the people here and to the pride that the neighborhood has about this home is really exciting," said Dina Benadon, co-owner and founder of the Walt Disney Birthplace.

One resident had no idea he lived so close to where Disney once resided.

"I live like five doors down from here, and I was really like surprised that he was born right here," fourth grader Angel Cruz said.

Thursday would have been Disney's 118th birthday, and event attendees ensured he is never forgotten. A children's choir from Nixon Elementary School performed, and Santa made a guest appearance with 35th Ward Alderman Carlos Ramirez-Rosa.

Nixon elementary students were also invited to submit holiday artwork as part of a contest. The winner, Yaritza Garcia, got to light a candle in the room Walt Disney was born. Her piece will become the official holiday card for the Walt Disney Birthplace.

A dedication ceremony for the Hermosa neighborhood's free community library was also scheduled for Thursday near the home. Disney Publishing was handing out free Disney books to all who stopped by and provided the first few books for the library.