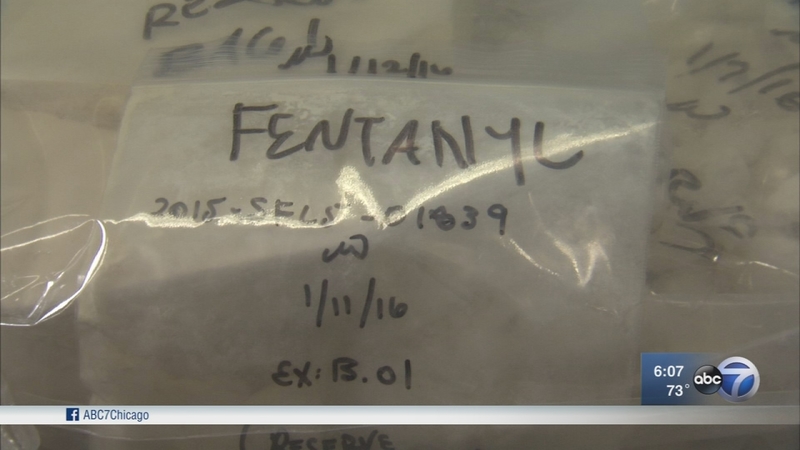 CHICAGO (WLS) -- America's "War on Drugs" began as the Vietnam War was winding down.

Now, decades later, drug overdoses have claimed more American lives in one year than during the entire Vietnam War. 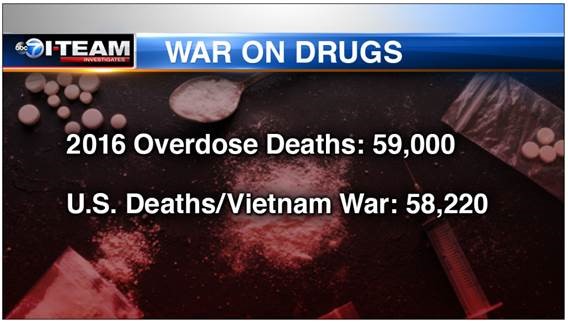 As opioid abuse and overdose deaths spiral out of control, top officials of the Justice Department on Tuesday painted a bleak picture of the War on Drugs.

"Drug abuse is crippling families and communities throughout our country" said Deputy Attorney General Rod J. Rosenstein. "People are dying of drug overdoses in record numbers. We are not talking about a slight increase. There is a horrifying surge in drug overdoses" said Rosenstein.

Against the backdrop of 1,000 overdose fatalities each week, federal officials said Tuesday that "law enforcement officers and medical professionals are struggling to deal with opioids in every state." Heroin and fentanyl-related deaths are still increasing across the United States - particularly in the Northeast and Midwest, they said.

Rosenstein said the Justice Department is approaching it as an "all-hands-on deck" problem. "We need to use all the tools available to us," he said, "prevention, treatment and prosecution." 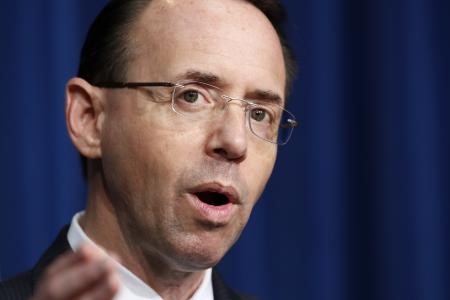 In Illinois between 2008 and 2014 drug overdose deaths more than tripled-and the number continues to increase. The state stat is driven largely by Cook County, where 1,091 overdose deaths were reported in 2016.
As the I-Team first reported last week, officials of the U.S. Drug Enforcement Administration today unveiled a new national video aimed at alerting law enforcement officers of the potential dangers when responding to calls involving fentanyl. The DEA also released a new guidebook for first responders who may encounter fentanyl.

There have been cases of police officers-and police dogs-overdosing from inadvertent exposure to fentanyl, a synthetic opioid and potent pain killer that is being misused as a recreational drug and illicitly manufactured for street sale. Fentanyl is commonly combined with heroin and partially responsible for the surge in overdose deaths in Chicago and the metro suburbs.
"Assume the worst," acting DEA administrator Chuck Rosenberg said. "Don't touch this stuff or the wrappings that it comes in without the proper personal protective equipment." 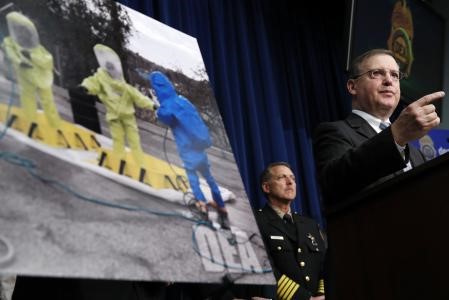 A police officer in Ohio lost consciousness last month for an hour after merely brushing some white powder off his shirt with his bare hand. The officer had to be revived with four doses of naloxone, an opioid antidote. "A few milligrams of fentanyl - maybe the equivalent of 5 or 6 or 7 grains of table salt - can kill you" Rosenberg said.
Authorities in Georgia are investigating whether fentanyl was behind the deaths of at least four overdose victims there the past few days. 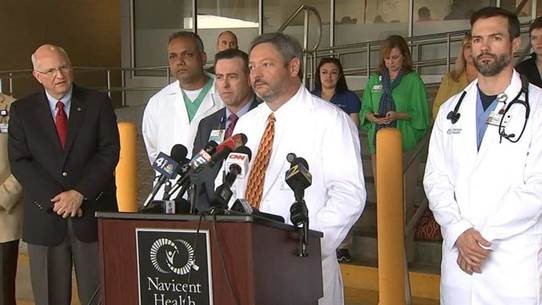 Medical officials in Macon, Georgia on Tuesday discuss mass overdoses from illicit painkillers being sold on the street. (WSB)