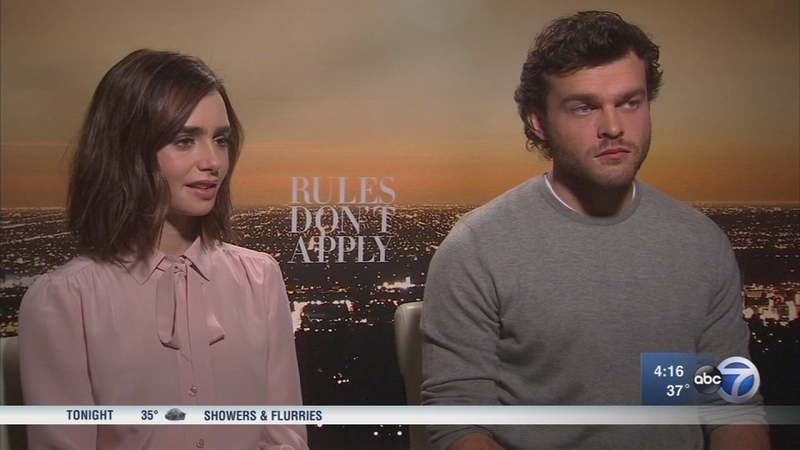 The new "Rules don't apply" movie tells the story of an aspiring actress under contract with Howard Hughes, and features the daughter of rocker legend Phil Collins and young actor soon to play a young Han Solo.

Lily Collins, who plays small-town Baptist beauty queen Marla, and Alden Ehrenreich, who plays the driver makes it a challenge to stay a "good girl" in Hollywood, are the central character's in the new Warren Beatty-directed movie.

So, how was it working with Beatty?

"I'd be lying if I said I wasn't nervous on this set, but I used the nerves for the character, Marla was nervous the whole time and the nerves created this amazing progress for me," Collins said.

"Warren was one of the few people still active and working today who was around in the old Hollywood studio system and he was very instrumental in a sense, in bringing that wisdom he learned from these old Hollywood directors like Kazan and George Stevens," Ehrenreich said.

For Collins, her dad was thrilled about the gig. Dad loves the Beatty classic "Heaven can wait."

"When I told dad I was doing this movie he was probably more excited than any other movie I've done and I got them on the phone together one day," she said.