After pervasive looting earlier this week, Chicago police plan to flood downtown with 1,000 officers this weekend to prevent more looting.

"Whether it's in our downtown commercial district or in one of our other 77 neighborhoods, there can never be any place in Chicago where businesses are afraid to open, where residents and visitors are afraid to travel and shop," Lightfoot said.

Lightfoot said city leadership is united in its effort to stop future looting and outlined five strategies to do so, including the enhanced use of technology and data analytics and implementation of a Social Media Task Force.

She said police would also be able to rapidly deploy resources and more bodycams were being distributed.

A new rapid response communication framework between CPD and businesses will also be established, Lightfoot said. And CPD will work to create stronger community partnerships.

The city's looting prevention plan begins with the creation of a 20-member police social media monitoring task force, staffed around the clock. Police are also prepared to rapidly redeploy resources where needed and have a geographic lockdown strategy to block or disable looter vehicles.

The businesses will be proactively alerted, and the city is looking at new laws to prosecute looters.

Foxx detailed how many cases her office is processing from looting over the last few months and discussed ongoing gun violence across the city.

As Chicago police monitor social media as a crime-fighting strategy, some are concerned about the ethics surrounding their approach.

Ald. Hopkins questioned why the announced plan was not put into place sooner, but is optimistic it will work.

"We can never let that happen again, we've got two strikes on us, one more night like the one we just had Sunday night. Three strikes and we're out, and we can't afford to let that happen," he said.

Police and the FBI said they've received tips but they still need more help from the public to identify those responsible for Monday's looting.

Brown said Thursday night that 1,000 more officers will be stationed downtown this weekend. CPD said it's ready to respond in case there is more unrest.

Police have also promised to block off streets and box looters in.

Brown stood Thursday before a backdrop of dozens of photos of alleged looters, who detectives are actively searching for right now.

Chicago police are releasing dozens of photos of people they believe looted and destroyed hundreds of thousands of dollars in property and merchandise.

Supt. Brown said CPD and the FBI are combing through video and taking leads from a newly-created looting tip line as he issued a stern warning.

"What I want the looters to learn is how committed we are to not only stopping the looting but, if they escape, working tirelessly to find them, punish them and prosecute them," Brown said.

Law enforcement is scouring footage of alleged looters. Among them are two women who police say broke into the Victoria's Secret store on the fourth floor of Water Tower Place.

Chicago police have also had their days off canceled and are working longer shifts.

Meanwhile, small business owner Mo Zahid, whose store got hit by looters on the Magnificent Mile, wonders what will happen if the looters try again.

"What I think is my biggest concern is how many people participated in the looting, see it as a success," he said.

After this week's events, there are questions about Macy's remaining at Water Tower Place.

Crain's Chicago Business is reporting the anchor store may leave or shrink its footprint at the location.

A source told Crain's the retailer is not happy with the police response to the recent looting.

Mayor Lightfoot, however, disputed that account, saying that her understanding is that Macy's had been looking to leave the space and downsize its retail store operations before the looting happened, as the company had been struggling for some time.

Late night travel restrictions into downtown remain in effect through the weekend. Most of the bridges over the river will be raised, and exits off the interstates will be blocked from 9 p.m. to 6 a.m.
Report a correction or typo
Related topics:
chicagoloopgold coastchicago crimelori lightfootmacy'slootingchicago violencechicago police department
Copyright © 2020 WLS-TV. All Rights Reserved.
CHICAGO CRIME 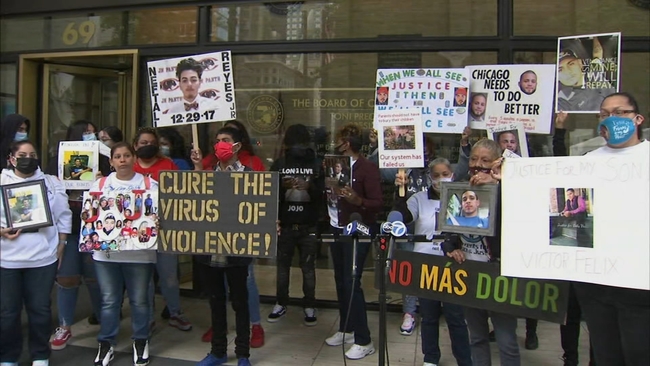