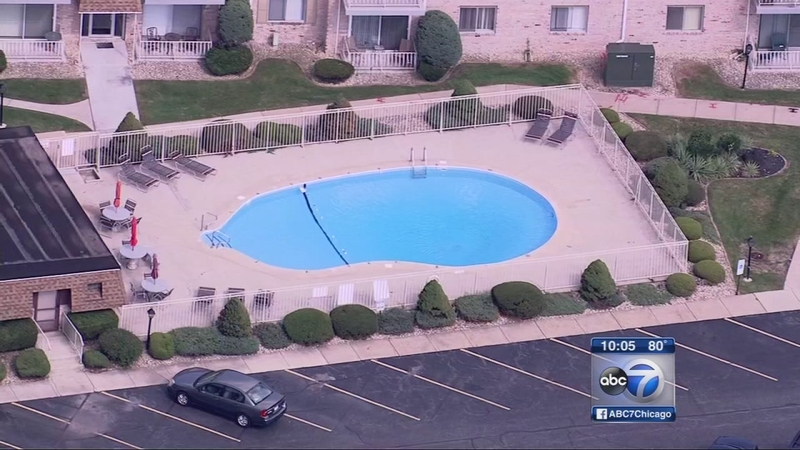 LANSING, Ill. (WLS) -- A man has died and a boy is hospitalized after they were pulled from a pool in south suburban Lansing.

Emergency crews responded to a condominium complex in the 3200-block of South Manor Drive around 1 p.m. Wednesday, according to a Lansing spokesperson.

Witnesses said the boy, likely in his early teens, was having trouble in the water and didn't appear to know how to swim. One pool-goer tried to give him a noodle and a lifesaver, but when he went under his grandfather, identified by the Lake County Coroner as Reginald Holiday, 61, went into the pool after him, but was also unable to swim.

Other pool-goers then called 911 and went into the water after them, witnesses said. They were able to pull the boy out and perform CPR on him until he was breathing again, but were unable to rescue Holiday until emergency response teams arrived. Serrano said pool-goers tried to help Holiday keep his head above water but he was just too heavy.

"I come out, 'cause I'd seen one come around the corner, and when I did the parking lot was full of like five ambulances, couple fire trucks, lots of police presence. They were doing CPR on both sides of the pool," said witness Jake Defelice.

Both victims were rushed to local hospitals, where Holiday later died. Holiday's cousins were at the pool at the time and said his grandson was visiting from Texas.

The spokesperson said the boy is expected to recover.