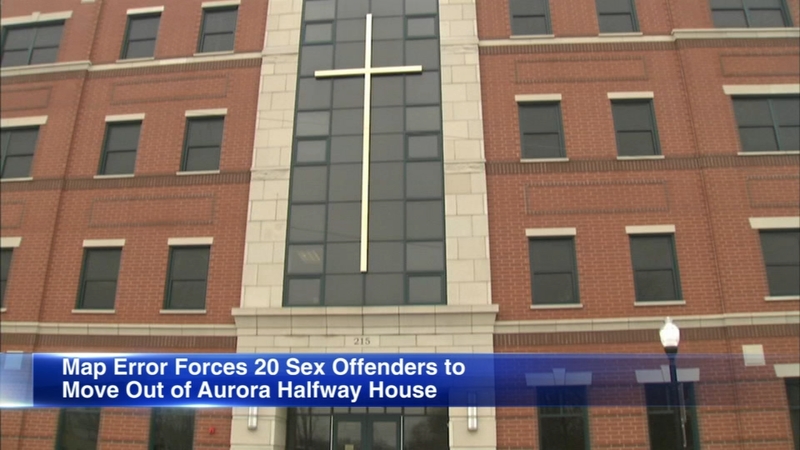 AURORA, Ill. (WLS) -- An Aurora halfway house is being forced to kick out 20 sex offenders.

The sex offenders are all either working or living at Wayside Cross Ministries.

Aurora's mayor said the order came after police realized the center was within 500 feet of a park, which is against the law.

Thomas Kokoraleis is not among the evicted. He was part of the "Ripper Crew," a satanic cult and crime group, who entered the center in April after serving half of his 70-year sentence for the 1982 murder of Elmhurst 21-year old Lorry Ann Borowski.

Wayside Cross released a statement on their website, saying in part, "Wayside Cross Ministries has been the only refuge for these men, and has been a beacon of light for over 90 years. Releasing these 20 men into the community without supervision and support is not in the best interest of these residents or our community."
Report a correction or typo
Related topics:
aurorasex offender
Copyright © 2022 WLS-TV. All Rights Reserved.
TOP STORIES
ISP trooper, wife ID'd after found dead inside parked car: police
3 hurt in suburban sports bar shooting: Rolling Meadows police
Dad charged and fired from job after racist tirade posted on TikTok
Cause of death revealed for 23-year-old woman found dead after date
Cold snap moves into Chicago area | warming centers available
Rideshare driver shot on I-290 on West Side
Indiana Dunes National Park to charge entry fee
Show More
Family continues to seek new leads in unsolved Naperville murder
8 families of Chicago gun violence victims to gather to call for calm
US orders 8,500 troops on heightened alert amid Russia concerns
Woman, 81, dies after Stony Island Park house fire, CPD and CFD say
Girl, 8, killed in shooting caught in gang crossfire, police say
More TOP STORIES News