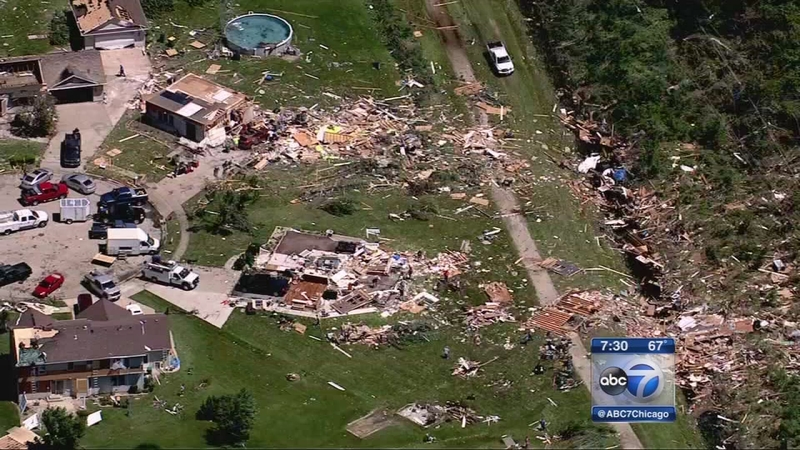 It's been a tough 24 hours for Coal City residents, who began another day of cleanup after weathering a fresh round of storms overnight.

Jill Costello's dad's home is one of hardest hit on the block. She's breathing a sigh of relief Thursday after worrying that more rain would ruin what little her family has left.

"That more damage would be done and we wouldn't be able to save any pictures," Costello said.

Homes and businesses in the village, with a population of just over 5,000, were damaged after 10 confirmed tornadoes touched down across Illinois.

Homeowner Kristin Copes sheltered her neighbors in the basement of her family's home during Monday night's EF-3 tornado, which brought winds near 160 mph.

"It's like just what they say, it sounded like a train. When it was coming there was a 'pop' then pressure and it was over," Copes said.

This community still shows a spirit of commitment to one another, despite the gravity of their loss.

The residents will get even more help Friday when hundreds of people are expected to show up for the relief effort. They'll distribute water, clean up debris or do whatever is necessary. 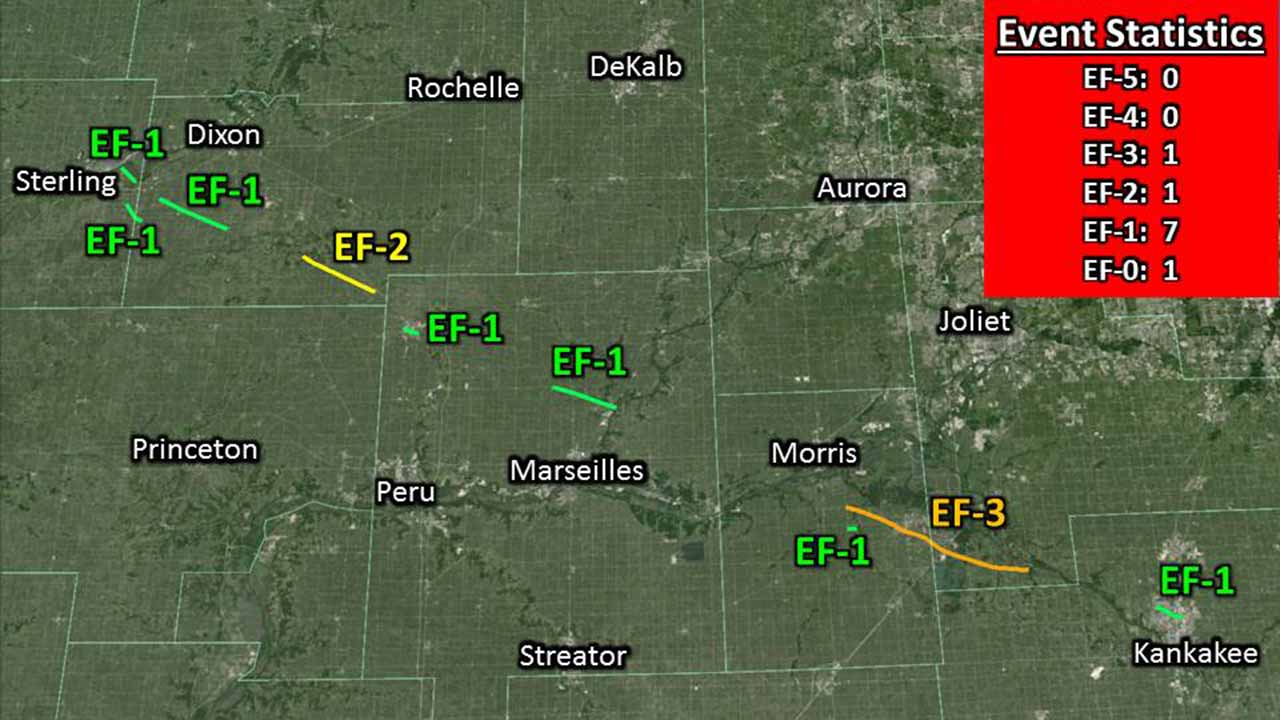 7:53PM EF-2 tornado with winds of 130 mph strikes Woodhaven Lakes and Sublette. The path is half a mile wide and 7.8 miles long. Significant damage to camping resort area, trees snapped and uprooted;

THE ENHANCED FUJITA SCALE CLASSIFIES TORNADOES INTO THE FOLLOWING CATEGORIES. 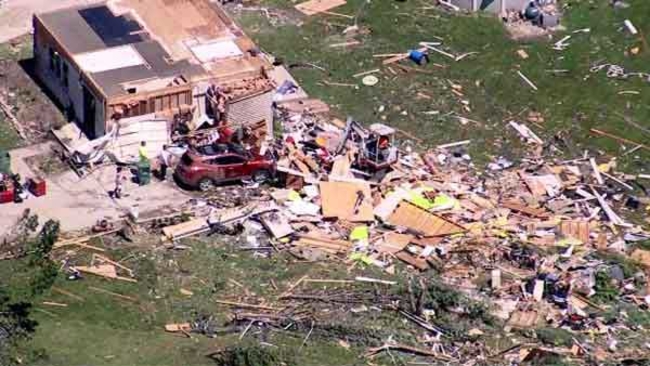