The storms caused a mess at the airports, with long lines seen inside the United terminal. There was also a report of a minor power outage in that terminal, but it did not affect operations.

A traveler provided a photo of emergency lights running on generators after a reported power outage at O'Hare Airport on Monday night.

A traveler provided a photo of a reported power outage at O'Hare Airport on Monday night.

On Monday afternoon, a short but powerful storm uprooted trees and scattered tree limbs throughout West Andersonville. Residents surveyed the damage, which included some cars trapped under the downed trees. Residents say it was around 12:30 p.m. when the skies darkened, the downpour began and the wind picked up. 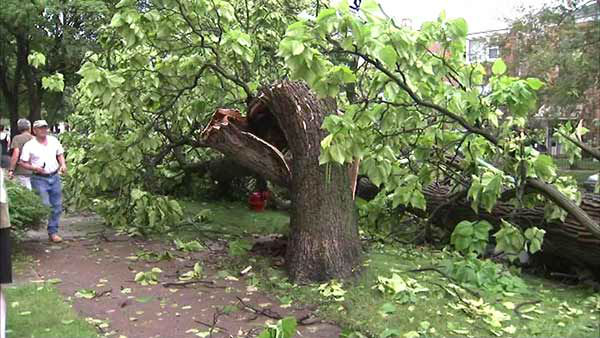 The Bureau of Forestry within the Department of Streets and Sanitation said there are over 120 open tree emergency requests citywide, with most of them coming from the northeast side of the city. They are busy clearing trees and branches from the streets and sidewalks.

According to ComEd officials, approximately 14,000 customers are without power as of 8 p.m. Monday night. Officials say the downed trees, along with heavy rains and wind, are the cause of the outages, and are working to restore power to affected customers. If you have a power outage to report, call 1-800-EDISON-1 or text 2663.

As of 7 p.m., delays at O'Hare are averaging over an hour or more for flights in and out of the airport. Nearly 500 flights were canceled at O'Hare on Monday.

As of 8 p.m, Midway is experiencing delays of 30 minutes or more and minor cancellations due to weather.

Passengers are urged to contact their airlines in advance of travel. 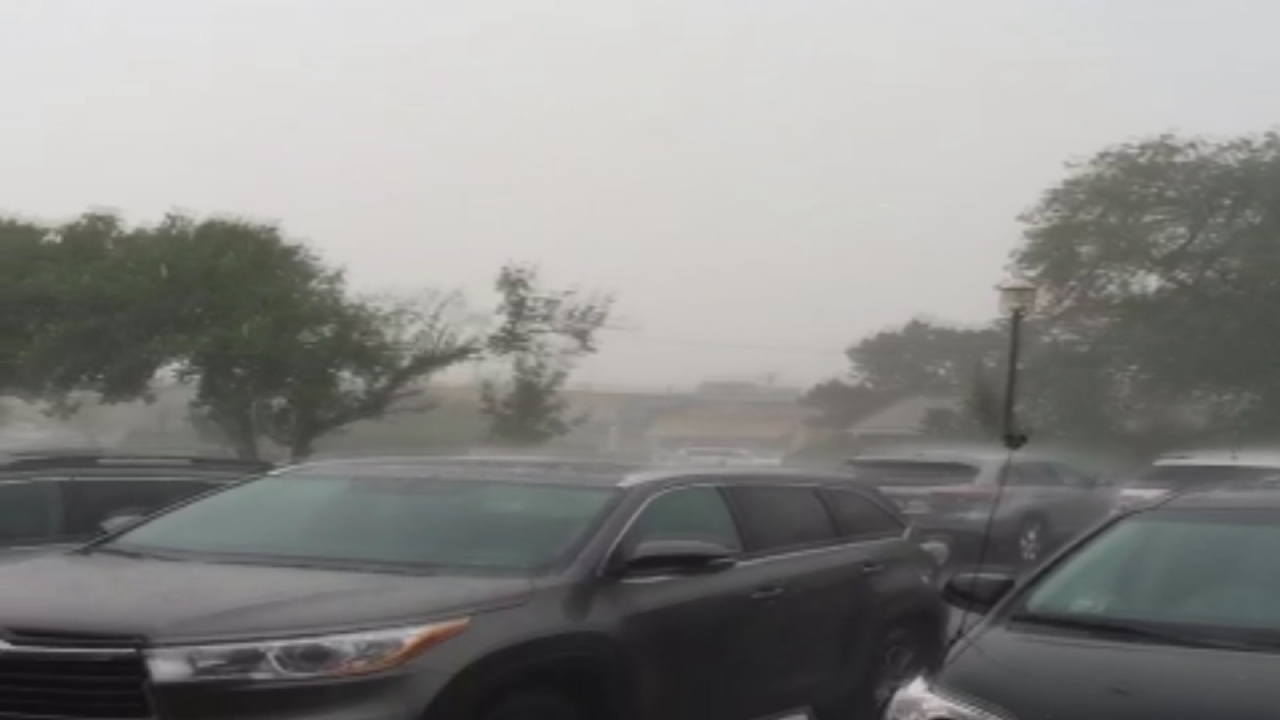 
Hottest Day of the Year
A heat advisory for the area remains in effect until 10 p.m. Monday and the National Weather Service said the heat index could reach up to 110 degrees in some areas.

Monday's high temperatures and dew points in the mid-70s may contribute to the high heat index values.

Cooler temperatures are not expected until Wednesday.

City of Chicago Cooling Centers Open
Cooling centers are open in the city of Chicago on Monday, for those seeking shelter from the heat and humidity. They are open from 9 a.m. to 5 p.m. and are located at:

Residents can also visit Chicago Public Library locations, senior centers and other public buildings such as police stations during public hours of operation to keep cool.

Officials say this type of weather can lead to a higher risk of heat-related stress and illness, especially in very young people, the elderly and those working outdoors. The symptoms of heat stroke are: extremely high body temperature such as 103 degrees or above, dizziness and nausea, a throbbing headache, a rapid and strong pulse, and skin that is red, hot and dry. If you see someone suffering from heat exhaustion or heat stroke, call 911 immediately and try to move that person to a cool place and cool them with water.