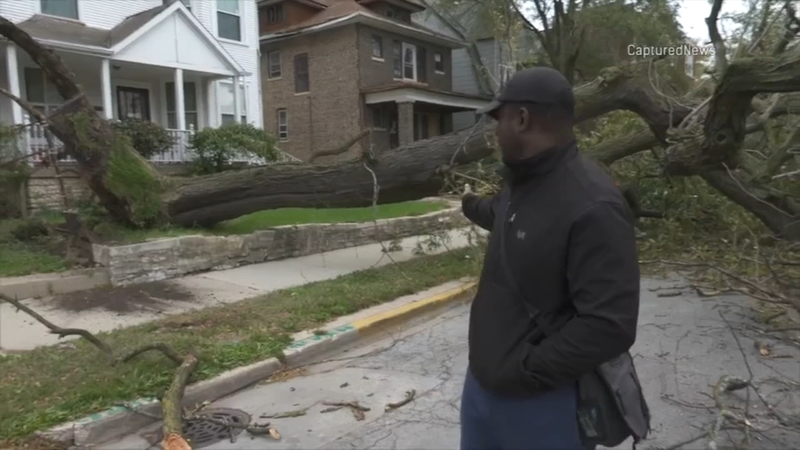 Winds between 25 mph and 35 mph with gusts up to 50 mph were expected to continue into the evening, according to the National Weather Service. 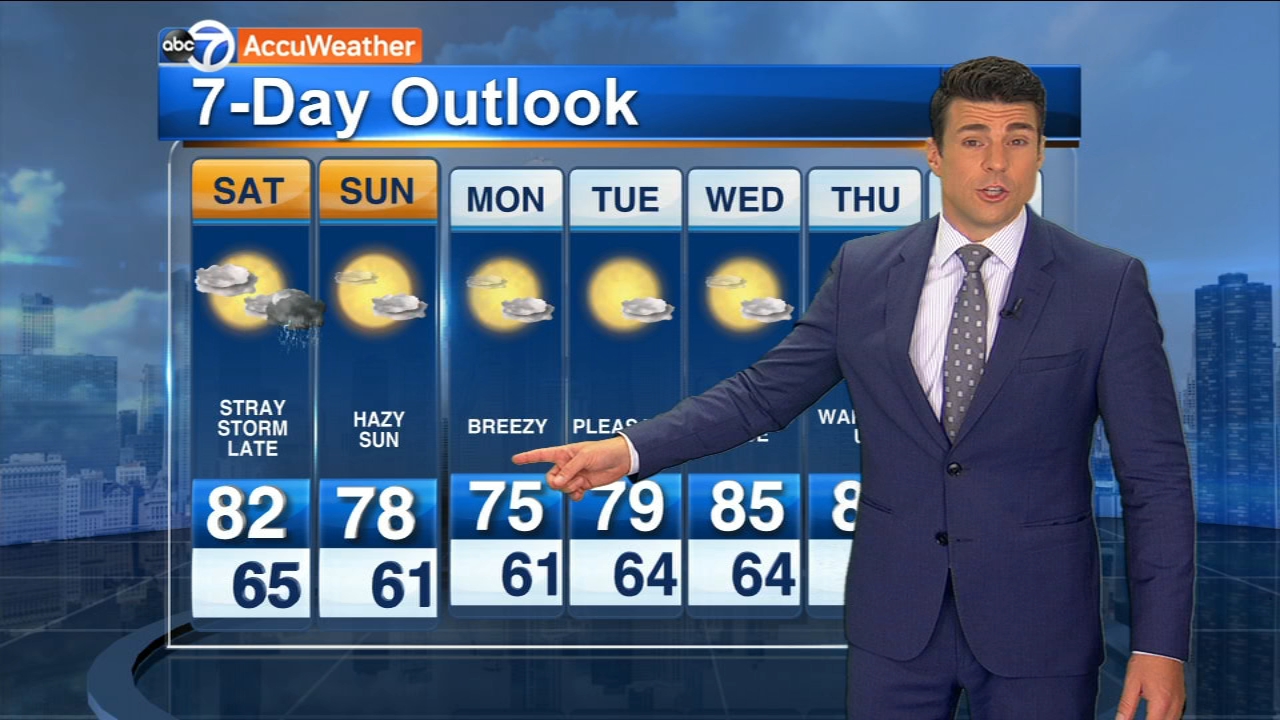 ABC7 AccuWeather Forecast
Partly cloudy Saturday with a stray storm possible in the afternoon. Highs in the low 80s.

Saturday's flurries was the first official snow of the season, but some snow did fall eight days ago just not at O'Hare where official readings are recorded.

A Wind Advisory was in effect for the Chicago area until 6 p.m. for the following counties: Boone, Cook, DeKalb, Ford, Grundy, Iroquois, Kane, Kankakee, Kendall, La Salle, Lake, Lee, Livingston, McHenry, Will and Winnebago in Illinois, and the following counties in Indiana - Benton, Jasper, Lake, Newton and Porter.

First snow of the season in Chicago area.

Showers were expected, which could result in isolated stronger winds up to 60 mph.

Commonwealth Edison reported that about 31,000 customers were without power, as of 6:30 p.m.

Flights arriving at O'Hare International Airport were experiencing delays on average of 54 minutes, according to the Federal Aviation Administration. 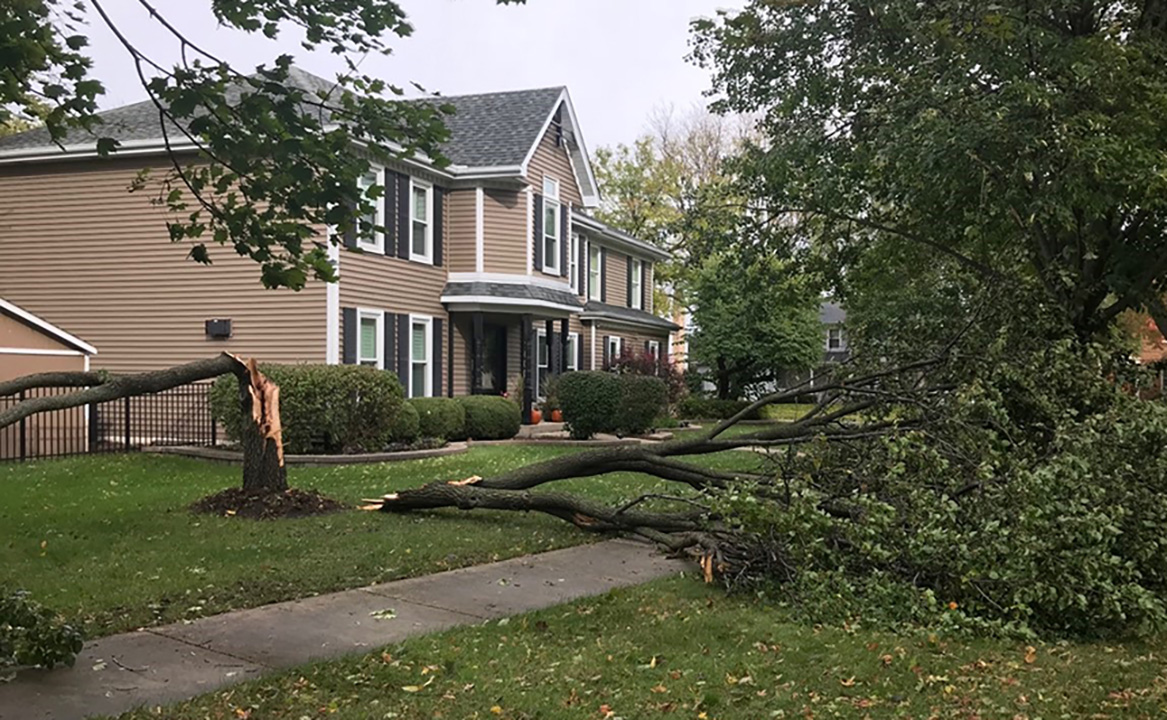 Fallen tree in Naperville on Oct. 20 due to high winds.