WLS
By Tanja Babich
CHICAGO (WLS) -- It may be autumn, but the shorts are still out and the sprinklers are still on as people in the Chicago area sweat out Day 6 of a record-setting heat wave.

When temperatures climbed to 93 on Sunday, it broke the record of 91 for that date, set in 1891. It also marked the latest in the year that Chicago - according to weather service records - has ever seen five straight 90-degree days.

The hottest day of the year was Saturday at 95 degrees, when it tied an earlier 95-degree reading, ABC7 Meteorologist Tracy Butler said. Saturday was also the latest in the year for the hottest temperature to be recorded, so far. The latest 90-degree day on record for the Chicago area was recorded on Oct. 6, 1963.

"It's too hot. It's supposed to be fall. I do love summer in Chicago, ninety days. It's the best city in the country. But a guy like me, I'm waiting for fall. I'm waiting for the leaves to change," said Mike Smith, who was on his way to work Monday morning.

The upside is that Smith got a little more use out of his Hawaiian shirt. Chicagoans ABC7 Eyewitness News spoke to Monday said they know heat in late September is a rare treat, but as Halloween nears, it feels more like a trick.

Amelia, Aria and Trey just moved to Chicago in March.
"I want it to get cooler, the later it goes in the fall. But it's still good weather. It's not that bad," Trey said. Aria agreed.

Although most people were at work or school Monday morning, the Crown Fountain felt conspicuously empty, with only a few children splashing about. Those who did, definitely enjoyed it.

"Definitely being outside all day. It's supposed to be 90 until Wednesday, so we just want to take advantage of it before it's gone," said Aileen Dichoso, who babysat her niece, Lily, Monday morning.

Since this is Chicago, weather changes are right around the corner. The weather service expects a high of 89 degrees on Tuesday before the heat wave breaks by midweek. High temps are only expected to reach the low-to-mid 70s Wednesday and will only reach the upper 60s at week end, Butler said.

There is no rain expected until Tuesday evening, when a few quick showers may fall in the north and far west suburbs.

An Air Quality Alert issued by the Illinois Environmental Protection Agency will be in effect until midnight. According to Butler, experts said mold counts are the highest they have been all season. 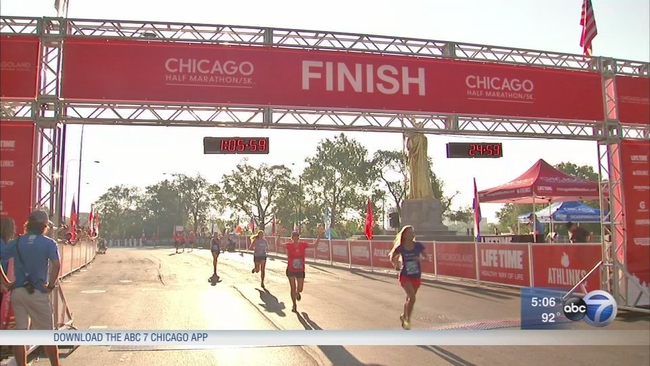 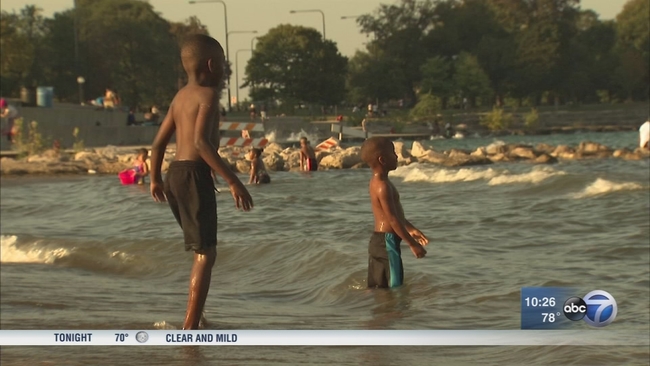