Chicago Weather: Winter storm dumps up to a foot of snow across the area

WLS
By ABC7 Eyewitness News Team Coverage
CHICAGO (WLS) -- The biggest snowstorm of the year bore down on the Chicago area, with some areas receiving a foot of snow Friday.

A Winter Storm Warning is in effect for Grundy, LaSalle and Kankakee counties in Illinois, and Lake County, Indiana, until 9 p.m. and and Porter County until 10 p.m. Friday.

The great Chicago dig out is a tale of two cities: main streets, which are clear, and side streets which are, well, not.

"They're pretty awful, pretty slushy, and just all of the sow is right in the center, and it's tricky to drive on, for sure," said Tina Bertolini, driver.

In Ukrainian Village Rene Sierra unearthed his car using a shovel and a broom. And it wouldn't be a snowstorm without dibs.

The city is asking residents to be neighborly, which also means helping firefighters clear hydrants. And it's the law to clear your sidewalk.

One couple dragged their luggage through the snow, arriving from Indianapolis for their son's wedding after a white-knuckle drive.

"We had a lot of friends that aren't coming because flights have been canceled from all over the country trying to get in, so that's a bummer. But hey, he's getting married, and we're here," said Susie Herrmann.

In the south and west suburbs, it was a similar situation. Cars spun their wheels but didn't get very far, and homeowners struggled to keep up or dig out.

But that's, of course, a matter of perspective. Muhammed Umer and his sisters are loving the snow.

"We've been attempting to build a snowman, which kind of failed horribly," he said.

Lemont is buried deep under snow.

"We live right by Metra, so we see a lot of business and there was not one car on this street at eight o'clock," said Tracie Sandrick.

It remained much the same Friday night, quiet under oversized rifts during a short break between snowfalls.

"I see a lot of people walking around now and talking, people need to get back to that," Sandrick said.

The biggest snowstorm of the year bore down on the Chicago area, with some areas receiving a foot of snow Friday.

In the city and suburbs, commuters used to jostling for seats on trains and buses or dealing with crowded roads found themselves with plenty of room.

Those driving to Metra stations in the suburbs found the roads were slick, but relatively empty.

"It was a mess, but peaceful. Like, nobody's out there," said Tim Galeckas, commuter. "Actually, I got here in really good time. It took me maybe 10 minutes more."

"Me and my girlfriend, we drove down from Hancock, Michigan, which is about eight hours north of here in the UP, this is a casual Tuesday to us. You guys got four inches last night, we get that every night, and I was shocked at how people are reacting to it down here," said DJ Pirkle, visiting.

Some roads seem to be better cleared than others. For DuPage County transportation crews, it was helpful having fewer people out and about.

"I think they look pretty good compared to what they did this morning when I came it. It's a little slushy now, center's got some snow cover, but all in all they are in pretty good condition," said Jeff Pieroni, DuPage County Division of Transportation.

The Chicago Department of Streets and Sanitation deployed 280 salt spreaders to clear city streets, starting with Lake Shore Drive and the city's arterial streets before transitioning to residential streets.

"Our city is tackling the first major snow storm we have seen in several years - and it's clear that Chicagoans are rising to the challenge," said Mayor Emanuel. "I ask everyone to keep exercising good judgment and remain indoors if at all possible, to take the warnings and advisories seriously, and to check on the well-being of family, friends and neighbors."

It was a snowy commute across the Chicago area Friday morning.

The village has 15 drivers on the road per shift.

"We hoped to get everything pretty well cleaned by late tonight. Obviously we are still finishing primary. We are working on everything," said Vince Kilcullen, Algonquin Street Division Supervisor.

And as the sounds of the season returned, it appears, a lot of people skipped coming to work Friday, Molly Girard wished she was one of them.

According to a survey by OfficeTeam, nearly 49 percent of managers surveyed said their company might allow employees to telecommute or work from home during bad weather.

Metra BNSF trains will be running on an alternate snow schedule Friday. Click here to see the schedule.

Metra said it used every resource it has to make sure its customers are safe and service is reliable as possible, people like Robert Baron who can't miss work, says he's counting on it.

"I work at Lurie Children's Hospital, so I have to go in. Disease doesn't know any weather breaks," Barron said.

Hundreds of schools and offices closed Friday due to the storm, and kids across the Chicago area got to enjoy a snow day.

Hundreds of schools and offices closed Friday due to the storm, and kids across the Chicago area got to enjoy a snow day.

"I thought it was really awesome that today we got to wake up, get our sleds and come over here," said Olivia Delahaza.

"Snow days are great! Generally our school doesn't let us have snow days, but this time they did, and finally, woo!" exclaimed Luka Tichota.

"When I found out we didn't have any school I called my friends Piper and Maya and said, let's go sledding, 'cause why not?" said Elise Krone.

In addition to school closings, the Adler Planetarium and Shedd Aquarium were closed Friday. The Chicago Botanic Garden opened at noon. The Illinois Secretary of State's Office said 29 of their facilities in the Chicago area and in Rockford were closed. 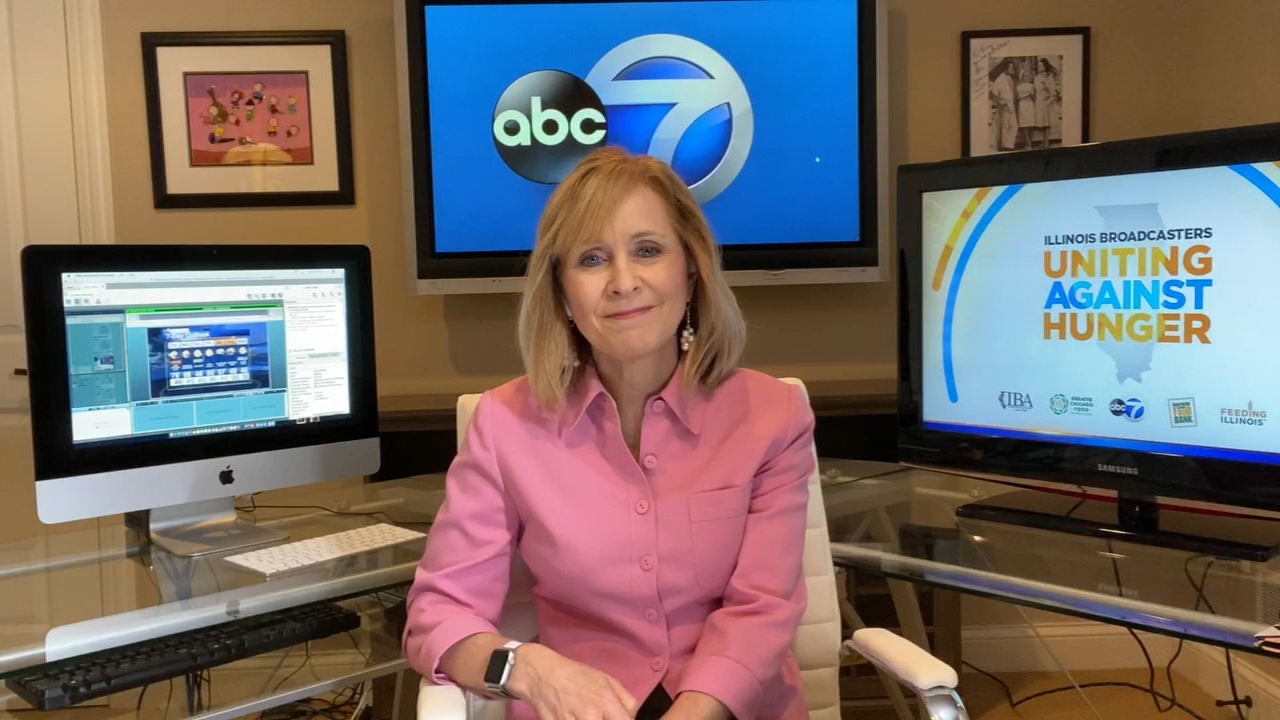 ABC7 AccuWeather Forecast
Mostly sunny and very warm Tuesday, with storms in the evening. Highs in the mid-70s.

Chicago airports were struggling Friday morning, with more than a thousand flight cancellations at O'Hare and Midway.

Terminal One at O'Hare Airport was nearly empty Friday morning, with the departures board showing as many cancellations or delays as flights on-time.

Thursday, travelers knew the snow was going to be a problem so it's likely many didn't bother coming to the airport, although some came anyway.

"I checked before I came, my flight status was cancelled, so I came anyways hoping something else would open because if I can get to Toronto, at least I can get my connecting flight," said Josee Leblanc, visiting Chicago from Ontario.

"I had to push my flight back first, and then the bus was late because of the snow, which was okay because we were running late as well. My car was actually stuck in the driveway. Then we got here and my flight has been delayed about an hour," said Caprisha Perteete, who is traveling to New York.

The FAA says that it's has implemented its traffic management program for flights arriving in Chicago, so some are delayed an average of about an hour-and-a-half.