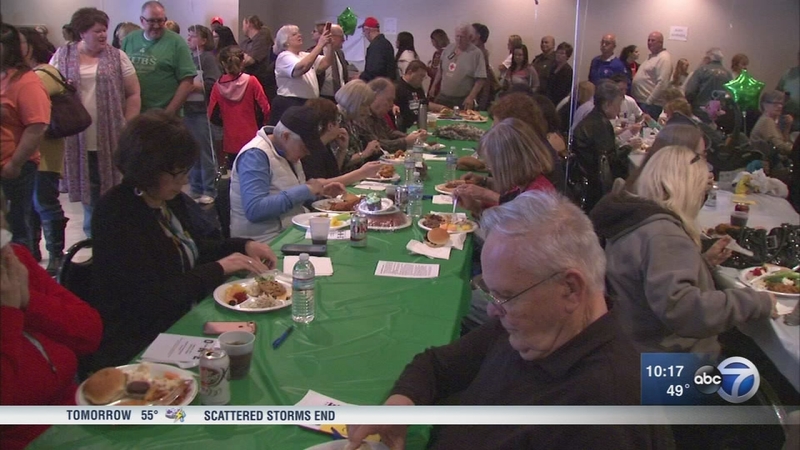 OTTAWA, Ill. (WLS) -- Hundreds gathered Sunday for a fundraiser to help families affected by a deadly tornado that struck last month in Ottawa and Naplate in LaSalle County in northern Illinois.

There were three tornadoes total -- a category EF3, with winds of 130 miles an hour, and two EF1s.

Ottawa native and actor Walt Willey, famous for his role in "All my children," also attended the event which was held at the Knights of Columbus in Ottawa.

"Though it was terrible and the devastation, it's really remarkable, I think, when it pulls a community together like this. You almost end up better than you were before," said Willey, who was in town when the tornado hit.

"I literally watched as 80-, 90-foot tall oak trees were sucked up out of the ground," he said. "I personally had never seen anything up close like that, it was just amazing to me"

The twister hit Feb. 28 and killed two people -- Wayne Tuntland and David Johnson -- when a tree uprooted and fell on them. Fourteen others were hurt. Hundreds of homes were damaged or destroyed.

The mayors of Ottawa and Naplate say help has come from all over the state - and even much of the country - and that's made a huge difference.

The event included a raffle and silent auction with items like baseball cards, bikes, and gift baskets.

Money raised go to a fund from which homeowners can apply for money for repairs and rebuilding.