Rauner toured the damage at Murphy Elementary School, which sustained about $2 million in damage and could possibly not open on time this fall. It was his second visit to the flood-ravaged area, his first being on Friday days after the flooding hit.

State Re. Sam Yingling, D-Hainseville, has criticized the governor in a scathing commentary in the Chicago Tribune.

"When the rains were coming down and people were being evacuated from their homes by boats and businesses were flooded out," Yingling said Wednesday. "The governor was nowhere to be found."

Yingling said he and other local politicians had to urge Rauner to declare a state of emergency and that the delay in doing so impacted people who don't have insurance and rely on federal aid.

"That was harmful to the people I represent and harmful to people impacted by the disaster," Yingling said.

The Round Lake Area Schools Community Unit School District No. 116 sustained nearly $3.5 million in damage due to flooding last week.

At one point, floodwaters were five feet high inside Murphy Elementary.

The water destroyed low-lying areas in the school, including the library and computer lab.

Phil Georgia, principal of Murphy Elementary School, said he is not sure if school will start Aug. as scheduled and hopes the governor can offer assistance.

"I hope that he'll come in and see there's a lot of needs for us and hopefully support education and educators as we're trying to do the best thing for children," Georgia said.

Rauner called claims that he did not do enough early on to help residents dealing with flooding is "political baloney."

"I was in contact with mayors in this area, they did not want me personally to come during the time when their first responders had to focus and get the job done," Rauner said.
Meanwhile, the Fox River was at 12.24 feet on Wednesday-- barely down from its crest level of 12.37. The waters will likely remain above flood stage until next week. 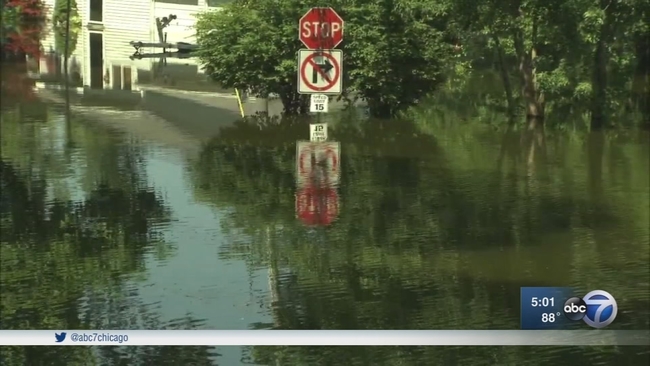 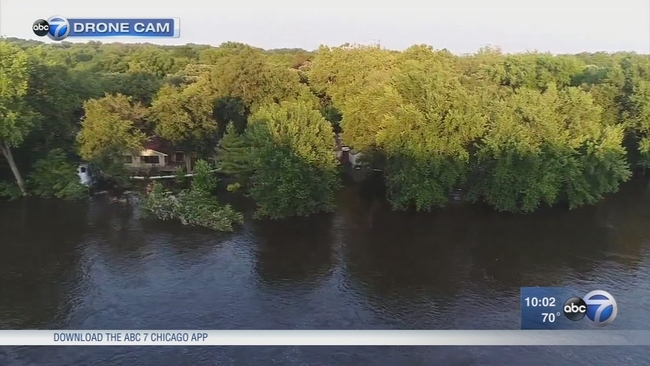 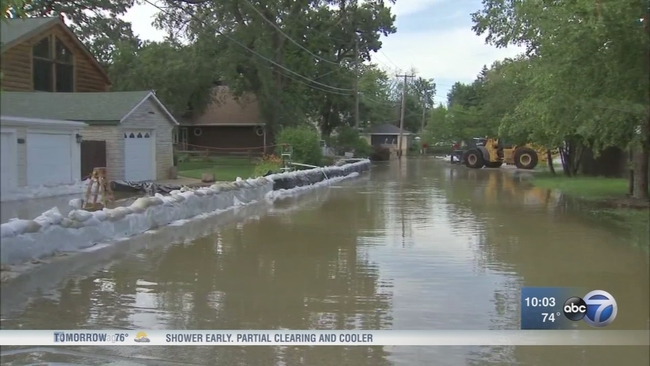