White-out conditions rattled drivers in northwest Indiana Thursday night. Along Route 30 in Schererville, winds whipped snow along the roadways. One driver, Hillary Gonsorek of Michigan City, said she had to pull over.

"I've driven in really bad snow before. I've never been so scared," Gonsorek said. "I was shaking, I still am kind of shaking."

Airlines canceled 250 flights at O'Hare and 60 flights at Midway as a result of the weather.

Over 280 plows and 26 smaller snow removal vehicles were deployed throughout Chicago Thursday afternoon, Streets and Sanitation officials said. Over 300 plows will focus on side streets throughout the evening.

"We've now got the main streets done and we're going to our neighborhood residential streets so everybody will have plowed and passable streets that will also be secure," said Mayor Rahm Emanuel.

As neighborhoods dug out, some were not deterred by the questionable commuting conditions.

"A little bit of snow is pretty easy to ride through as long as the ground is frozen but there is a lot of ice out there so it's a new, exciting way to fall," said Mike Hemme, winter cyclist.

The dropping temperatures caused an 82-year-old water main to burst in the city's Bucktown neighborhood, prompting emergency crews to rush to the area to repair the pipe.

CRASHES, SPINOUTS AND CARS IN DITCHES DURING MORNING COMMUTE 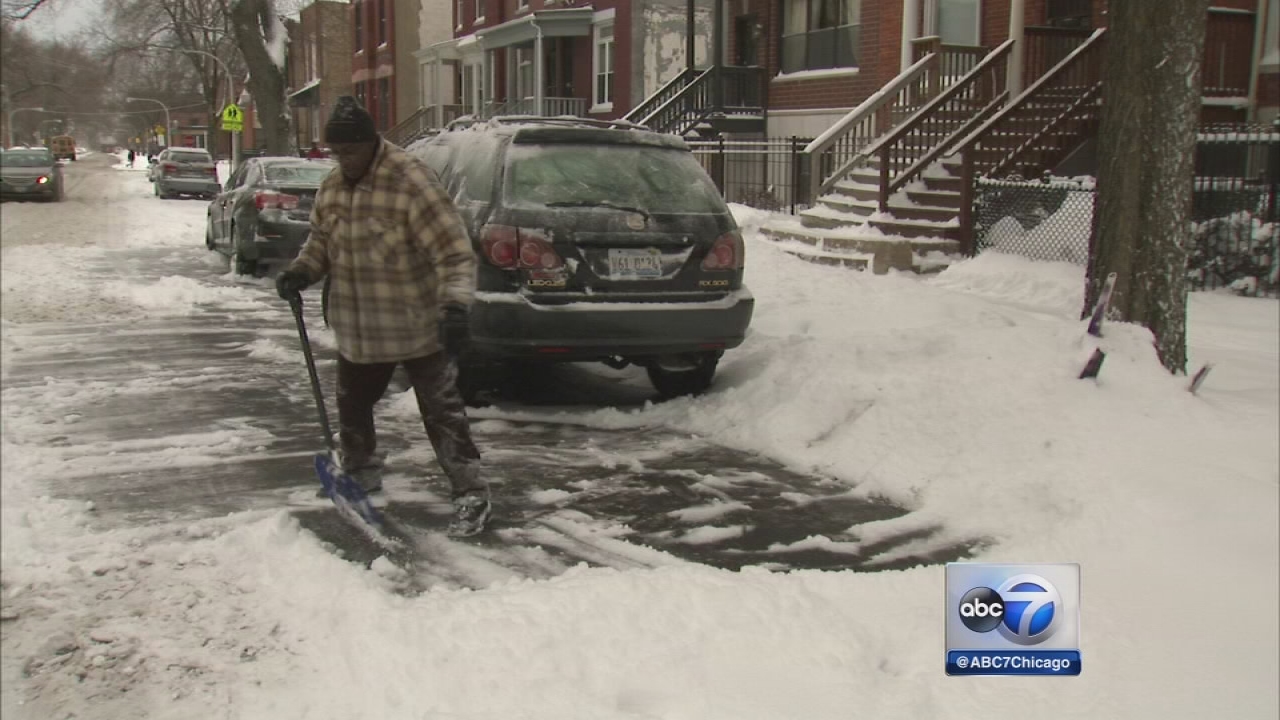 Illinois State Police responded to numerous crashes, spinouts on area highways Thursday morning. A number of vehicles also ended up in ditches after colliding with other cars in the suburbs. One crashed around 5:45 a.m. near Lake Street and Greenbrook Boulevard in west suburban Hanover Park, another on northbound Route 53 near Biesterfield Road in northwest suburban Elk Grove Village about 15 minutes later and another around 6:20 a.m. in Western Springs near Ogden Avenue and Wolf Road.

A semi truck hit an overhead sign on the Joliet Road entrance ramp to the inbound Stevenson Expressway (I-55) just after 6:30 a.m. Thursday. Part of the sign fell down and another part was hanging dangerously over the road. Several cars hit the debris and sustained damage. All lanes were blocked on the westbound Indiana Toll Road at Indianapolis Boulevard Thursday morning due to a jackknifed semi.

Snow on the pavement made it hard to see lane divisions. It took vehicles longer to stop and start moving again on slick roads. Illinois Department of Transportation plows and salt trucks have been out on area expressways since 2 p.m. Wednesday.

"If you go slow it's probably OK, but we did see a semi that was toppled over into the median strip, which was not really exciting," said motorist Jackie Siegl.

"The side roads were a little iffy, but on the main highway it's pretty good," said Andrew Felrice.
Related topics:
weatherchicagocoldsnowweather
Copyright © 2020 WLS-TV. All Rights Reserved.
RELATED 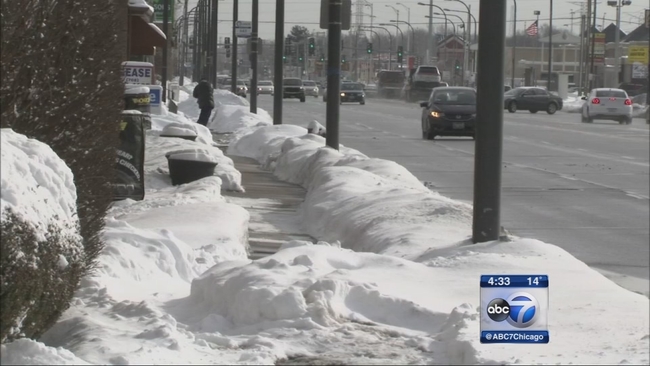