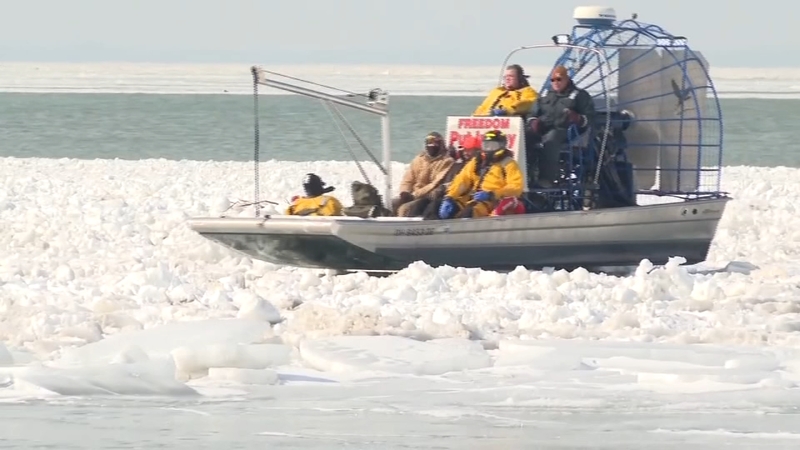 Nearly 150 ice fisherman were stranded Saturday after strong winds pushed the ice to break up on Lake Erie near Catawba Island State Park in Ohio.

Multiple agencies participated in the rescue which included airboats and helicopters after the wind gusts pushed ice sheets away from the shore.

"It was a big response, a mass rescue, and there were in total 46 people that we were able to rescue," said Petty Officer Brian McCrum, of the U.S. Coast Guard.

Most of the fisherman were able to walk back to shore on portions of the ice that remained intact.

However, with rising temperatures, ice conditions began to change, eventually cracking and then breaking into multiple sheets of floating ice.

"I didn't want to jump. The one crack happened after I fell in 'cause my legs were so cold and I was tired, and the guys like, 'You gotta do it now or never,'" said fisherman Jake Williams.

Many were forced to leave their gear behind as they were rescued by airboat -- two of them taken off the ice by helicopter.

No one was injured during the incident and everyone made it back to shore safely.
Report a correction or typo
Related topics:
weatherohioicecoast guardice rescueu.s. & worldfishing
More Videos
From CNN Newsource affiliates
TOP STORIES