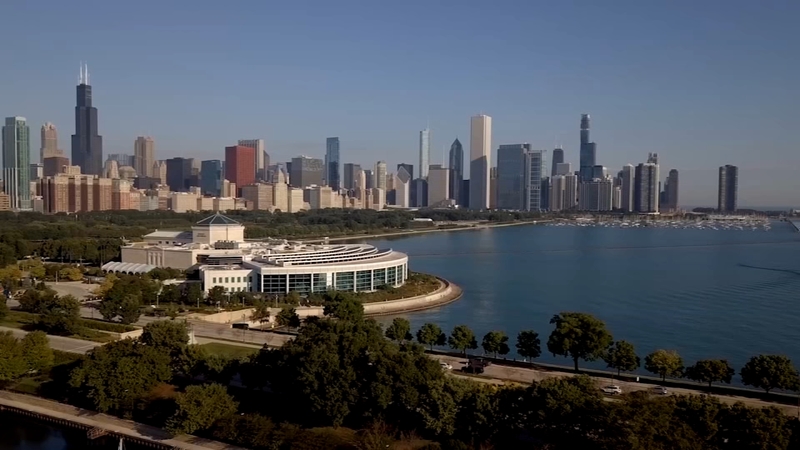 CHICAGO (WLS) -- New data just released by the National Oceanic and Atmospheric Administration shows the climate is warming in Chicago.

Each day in their forecast, the ABC7 Eyewitness News weather team features the average high and low for the day. Those averages, or "normals," are based off a 30-year data sets which, until recently, spanned 1981 to 2010.

In terms of temperature, the annual average temperature has increased 1 1/2 degrees, from 49.9 degrees to 51.4 degrees. The average snowfall for Chicago increased just over 6 inches, from 36.3 inches to 42.4 inches. And the average precipitation, which is rainfall plus the water equivalent of snowfall, increased nearly 4 inches, from a little under 37 inches to just over 41 1/2 inches.

There are also some changes to Chicago's seasons that the new averages highlight clearly.

Spring is markedly wetter. The average precipitation for spring, defined as in March, April and May, increased by nearly 2 1/2 inches.

Winter is warmer. Along with more snowfall, the average winter temperature for Chicago has increased 1.2 degrees.

Summer is also hotter, with a bigger increase in average temperature than any other season. The new average for summer is 2 degrees hotter, with the increase driven more by warmer overnight lows than daytime highs.

To examine long-term climate change, NOAA looks at the 20th century average compared to the latest 30 years of data. 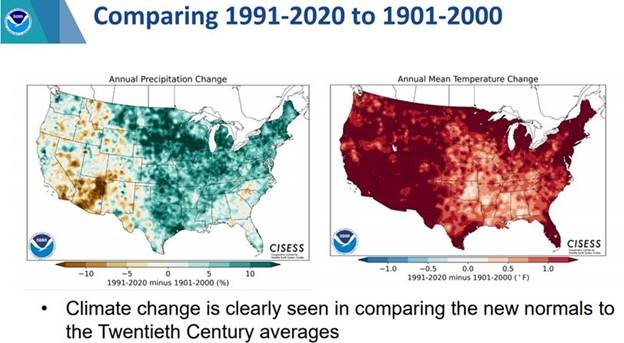