One survivor captured images of the devastation after the outbreak that he and his young family survived. His account of what happened is still fresh in his mind after all these years.

At least 10 tornadoes touched down that day in the Chicago area. Three were F-4 tornadoes.

Fifty-eight people lost their lives and more than 1,000 were injured. As we come up on the 50th anniversary of that devastating day, pictures and video revive memories that never have faded.

"It was a nightmare," Ron Berghuis said. He and his family took shelter in their home as the tornado was coming through Oak Lawn, moving toward their home in Hometown.

He can recount the events of that day like it just happened.

"It was just kind of eerie, you could feel the barometric pressure drop. You could feel something different, didn't know what it was," he recalled.

As the tornado struck their home, his wife, 5-year-old son and 2-year-old daughter huddled together.

"We were praying we were going to live through it and we were very fortunate we did," he said.

The day after the tornado, Ron took his 8mm camera and captured this video. It shows the aftermath of this F-4 tornado.

"You want to know what war is like, you have a good shot at it here. The devastation," he said. "Houses everywhere, stuff thrown everywhere. Appliances, pieces of roofs you name it it's there."

Pictures provided by the Oak Lawn Library show the extent of that devastation. It is a moment frozen in time: the clock stopped at the Oak Lawn High School the moment the tornado hit and a wedding album was embedded in a tree.

Near the school, the Suburban Transit Company took a direct hit. Buses were tossed around, landing upside down and on top of each other. Even landing on a nearby home.

Berghuis was there in this aftermath. He and his neighbor helped rescue children trapped under a collapsed roof. He was able to get them to the hospital. And at the hospital he was asked to stay and help the patients.

"It was neighbor helping neighbor, that's what you do," Berghuis said. "My daughter always says you're such a hero. I say, 'No, honey, there were no heroes, you do these things because you have to.'"

At 78 years old, Ron is still working as a broker for ReMax.

After the tornado, he was deputized by the sheriff to help enforce the strict curfew that was placed on the area for the next several days.

He may disagree, but Berghuis is definitely a hero - as were so many that day.
Related topics:
weatheroak lawnhometowntornadoforecast
Copyright © 2020 WLS-TV. All Rights Reserved.
RELATED 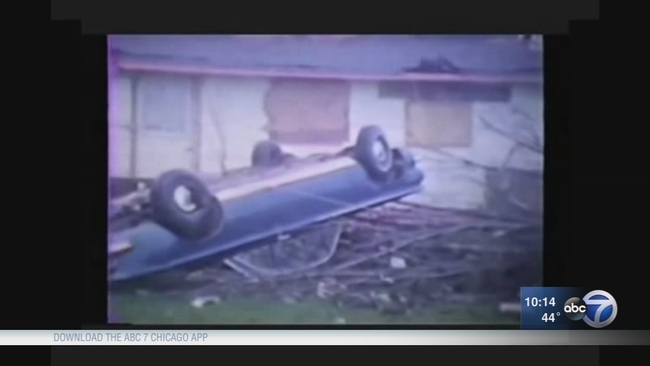 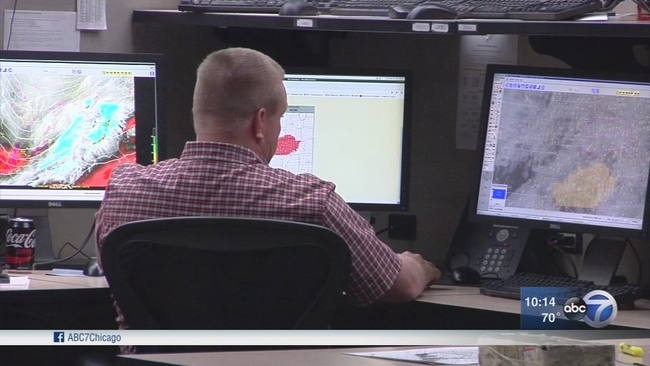 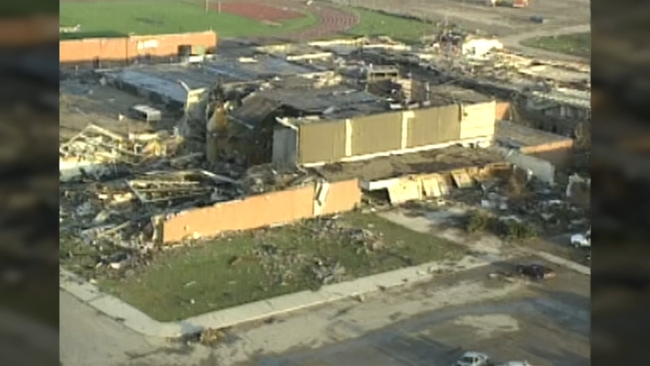 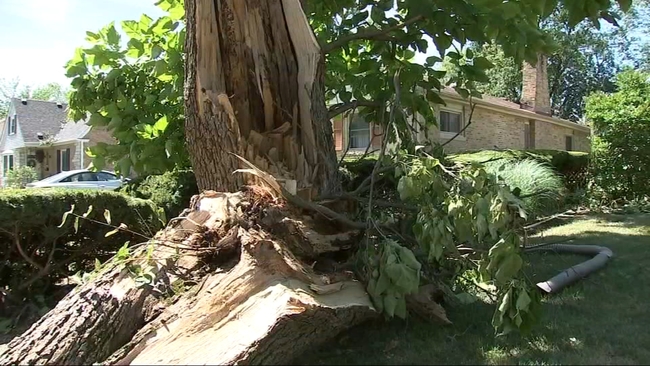