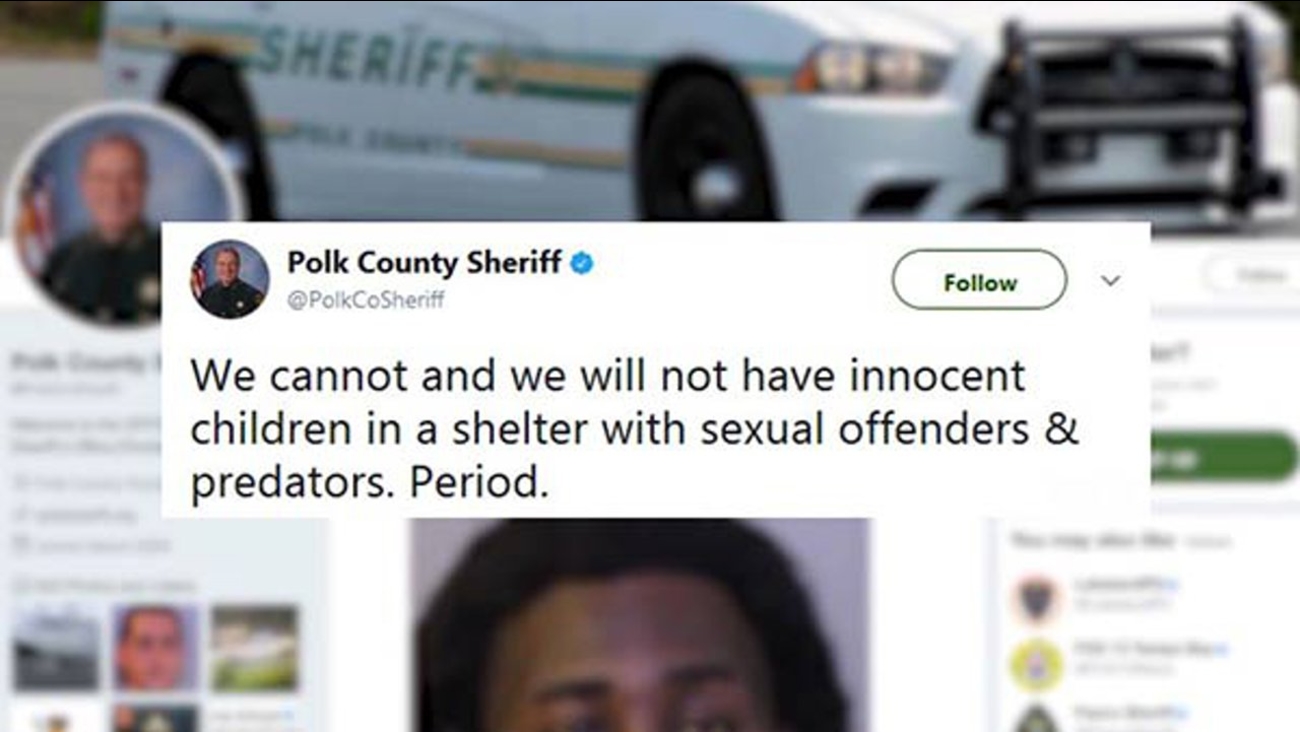 Polk County Florida sheriff says sex offenders and predators will not be allowed in shelters. (@PolkCoSheriff/Twitter)