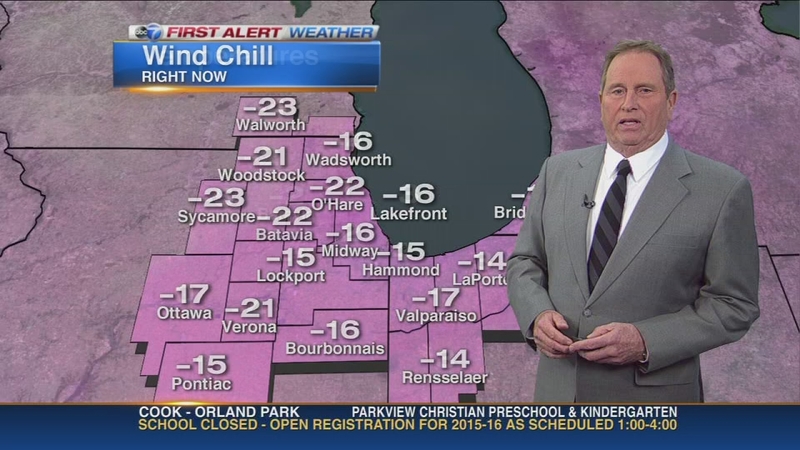 CHICAGO (WLS) -- The brutal cold returned Wednesday as an arctic front brought single digits and wind chills below zero to the Chicago area, but Thursday's temperatures could set record lows.

"By 8 a.m. tomorrow morning we could hit 8 below zero. The old record is 7 below, so that could be a new record in the morning," ABC7 Meteorologist Jerry Taft said.

The current record low of -7 for February 19 was set in 1936. Tomorrow's high temperature will hover around 2 degrees, and the low could fall to -9. A Wind Chill Advisory is in effect until noon on Thursday for the entire Chicago area.

Chicago Public Schools announced they will be closed on Thursday in advance of the expected record-breaking cold.

The YMCA said its centers will beef up staffing since the organization sees more children during the cold weather after school.

Health experts advise people to avoid being outside for too long, and dress in layers for warmth. Frost bite can set in and lead to hypothermia within minutes during extreme cold. 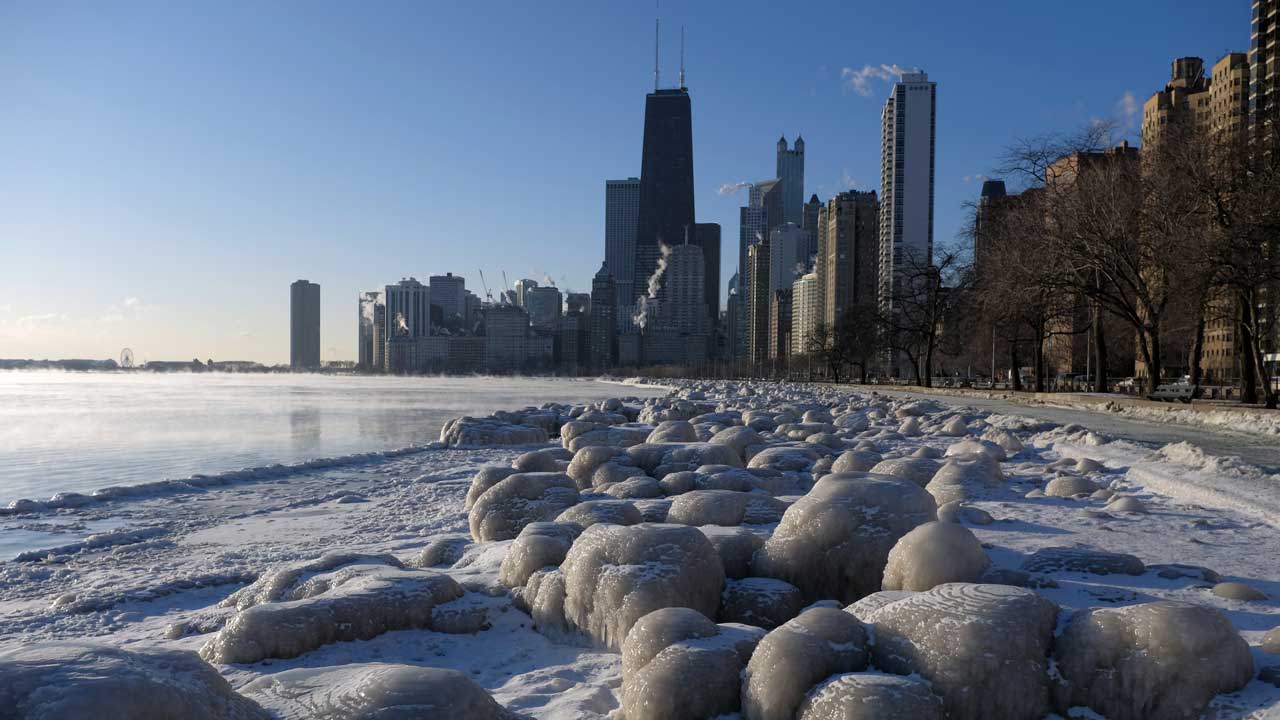 "It's bone-chilling. But as long as you're not out too long, it's not too bad," Kory Zasadzinski said.

Mary Solomon walks the Adams Street Bridge from Union Station to her office every workday.

James Futrell lives in the Loop and normally rides his bike to work.

"It's definitely cold. I feel bad for people who have to stay out here for sure," Futrell said.

Mike Crotty delivers sandwiches by bike for Uncle Sammy's Sandwich Classics in Lincoln Park. The cold doesn't keep him from his job.

"It's nice when it's sunny out. But when it's cloudy and cold, it's really bad," Crotty said.

Even in this cold, Aimee Sullivan plays platform tennis outside. She said she and the others layer, layer, layer.

"We actually peel coats off. It gets warm out here," Sullivan said.

Health officials said Chicago commuters should also layer up, whether they're driving or taking public transportation.

"My main concern is sometimes the Amtrak freezes up. I come all the way down here and then have to go back home. So as long as everything's running, I'm OK," said Stan Lee, who takes the train to work.

The Illinois Tollway activated 24-hour road patrols Tuesday. Patrol teams will scour roadways for stranded drivers. If a motorist runs out of gas, gets a flat or needs any other kind of help, they should call *999.

That portion of the path will stay closed until crews are able to clear the trail. 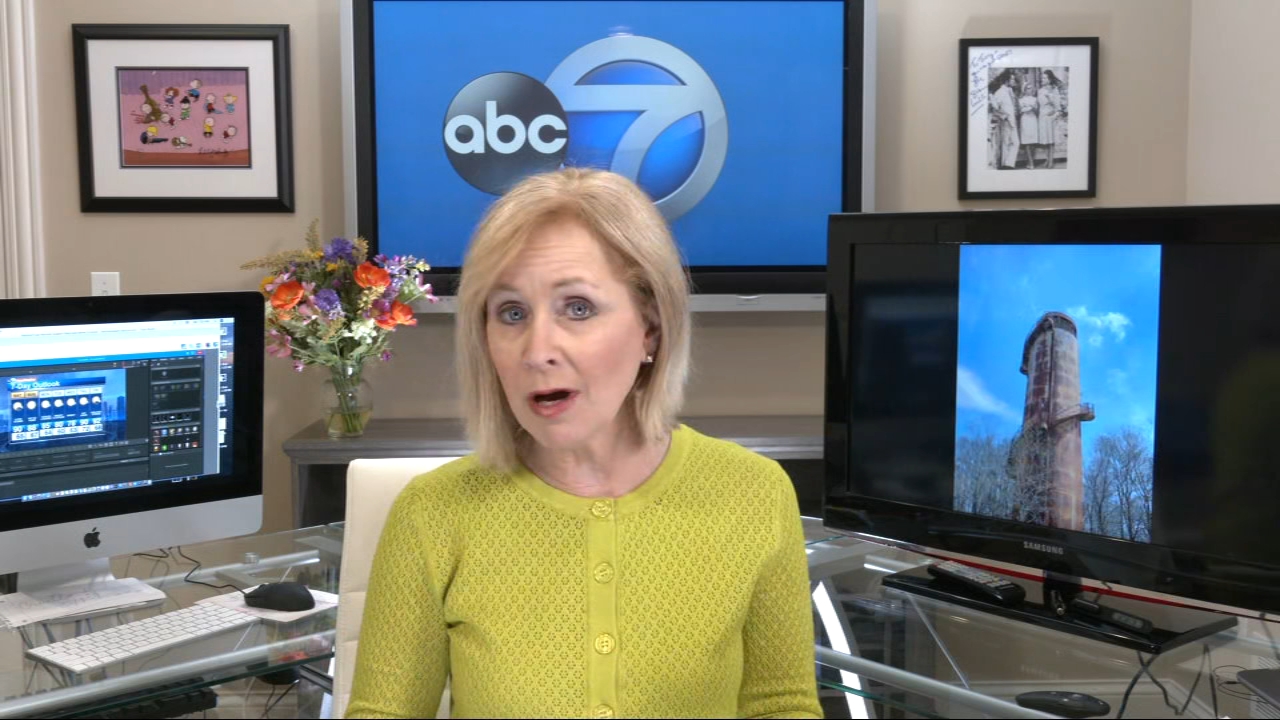 Chicago's YMCA centers are beefing up staff so children have somewhere to go after school during the cold weather.

"With the weather, it will be even busier," Reginald Armstrong, Southside YMCA director, said.

Dr. Alison Tothy, a pediatrician at Comer Children's Hospital, hopes parents will take advantage of the YMCA and other indoor activities for kids. Children are particularly susceptible to dangerous cold. 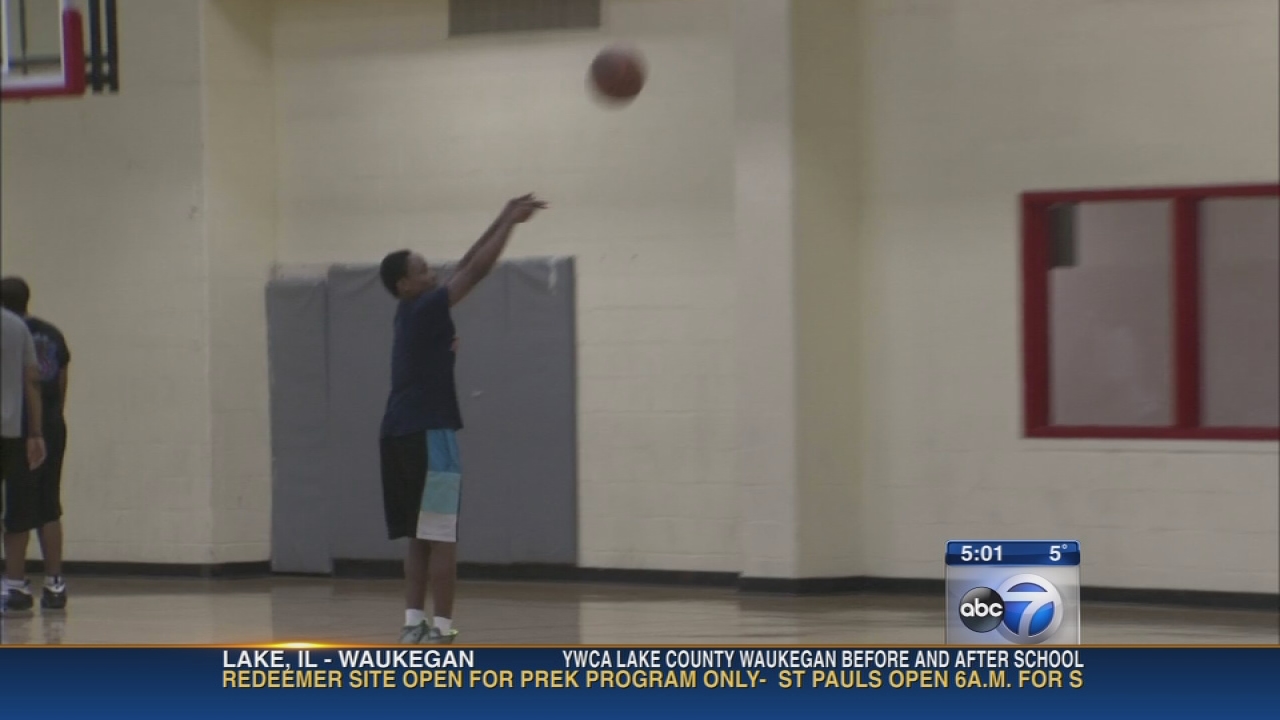