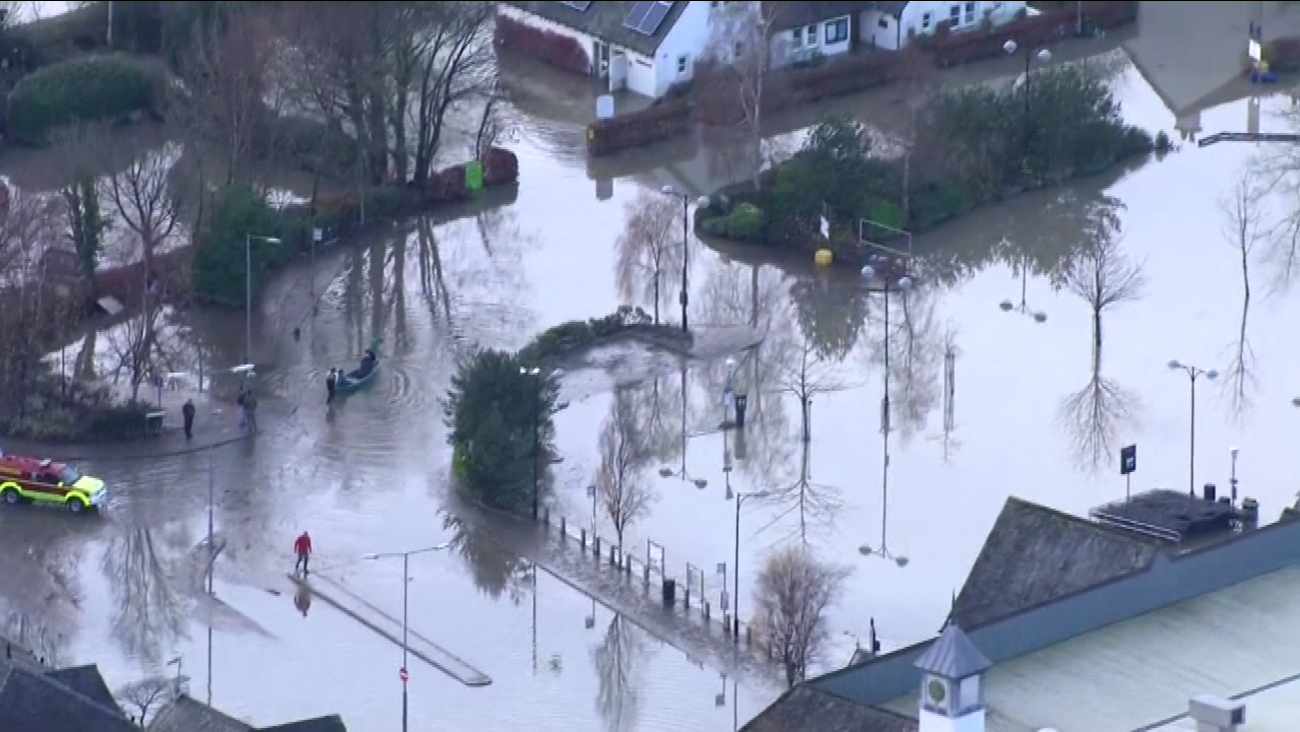 LONDON -- Britain's army was called in to help put down sandbags and evacuated people from their homes Sunday as stormy weather left the country's northern towns and cities severely flooded.

Storm Desmond's torrential rain and strong winds swept across northwestern England and Scotland over the weekend. In Cumbria, known for its scenic Lake District National Park, officials say rainfall between Friday and Saturday likely exceeded an average month's worth in the area.

The deluge left the Cumbrian city of Carlisle and hundreds of homes submerged. Many rivers burst their banks and in some streets, cars have been left almost entirely underwater. Rescue teams helped ferry those forced to leave their homes in boats.

About 60,000 homes in northern regions were left without power and electricity.

In Kendal, rescue teams are searching for an elderly man who reportedly fell into a swollen river, and in London police say a 90-year-old man died after he was believed to have been blown into the side of a moving bus by a gust of wind.

Further flooding and disruption is expected as forecasters warn of more heavy rain on Monday in Scotland, northwestern England and Wales.