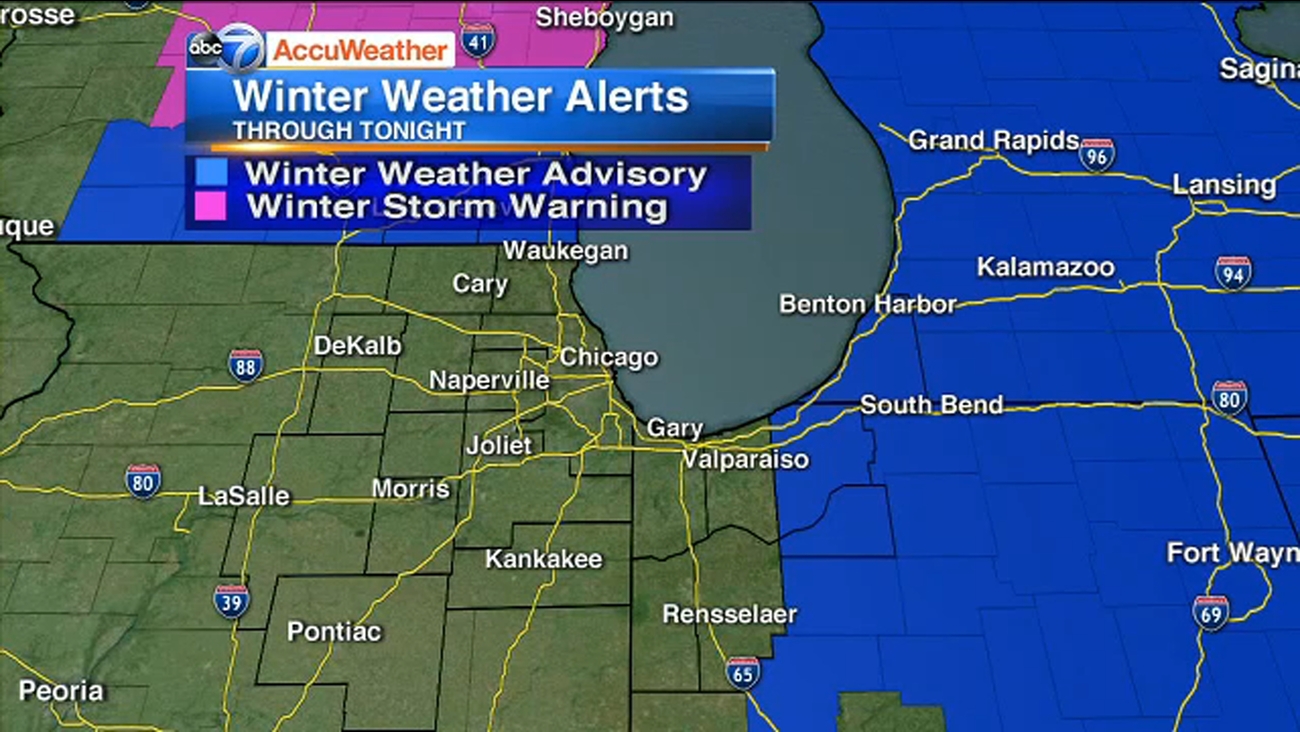 CHICAGO (WLS) -- Snow returned Sunday, dropping between one to three inches of snow across the Chicago-area.

Snowfall is projected to last only a few hours, so it may feel like more snow than it actually is, Dutra said.

Airlines have canceled flights due to the threat of inclement weather.

Midway had 81 cancellations with delays around 15 minutes.

The Department of Streets and Sanitation said it would deploy 211 vehicles to respond to snowfall.

The City said salt spreaders will be working with a focus on keeping the Chicago's arterial routes and Lake Shore Drive safe and passable for motorists and buses until the snow stops, then transitioning to residential streets if needed.
The storm is what meteorologists call a "clipper system' with moderate to heavy snow moving through in a quick speed, usually accompanied by strong wind gusts.

Drivers are encouraged to be careful on the roads.