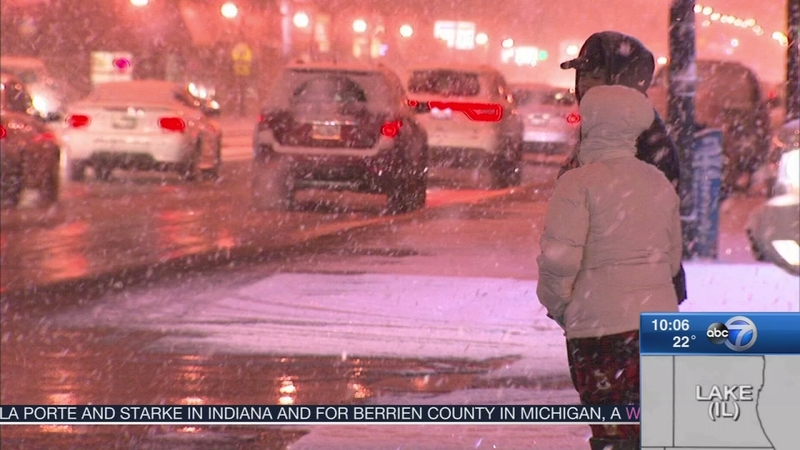 CHICAGO (WLS) -- A snow storm arrived in the Chicago area Saturday afternoon, and is expected to dump 5 to 10 total inches of snow by the time it finishes Sunday night.

The storm will bring two significant periods of snow, the first started Saturday afternoon and will go until about 9 a.m. Sunday. Round 2 will run roughly between 3 p.m. and 9 p.m. Sunday. By 10 p.m., the snow had stopped briefly in the far western suburbs, but is expected to continue again early Sunday.

Most of the Chicago area will see 6-8 inches of snow, with some areas getting upwards of 10 inches. By 10 p.m., 2-3 inches had fallen in the western suburbs and big wet flakes were falling in downtown Chicago.

The snow band that is moving through the Chicago area, as well as Wisconsin and Indiana, stretches more than 1,000 miles, according to the National Weather Service.

Meanwhile, Southwest Airlines canceled most flights out of Midway International Airport Saturday night and Sunday morning, according to a tweet from the airport. At about 5 p.m., flights were still taking off, averaging about 15 behind schedule.

Shortly before 10 p.m., Midway reported 63 canceled flights. At O'Hare International Airport, 98 flights had been canceled and flights were 15 minutes delayed.

Southwest Airlines canceled most of its flights Saturday night into Sunday morning due to the winter storm.

Temperatures are expected to rise to the low 30s Sunday evening. People in some areas south of I-80 will see a rain/snow mix at that time. People along or south of the I-80 corridor may see freezing rain and may see between three to six inches of snow. People north of I-80 will continue to see snow with period of freezing drizzle. The snow on Saturday is expected to be lighter and fluffier and the snow on Sunday being wetter and heavier.

The north suburbs are expected to see the most snow, especially near the Wisconsin border. South of the city, snowfall totals will be less.

At a press conference Saturday afternoon, Chicago Department of Streets and Sanitation Commissioner Charles Williams said the city will have 210 snow plows on the streets Saturday evening and 287 plows on Sunday in anticipation of heavier snowfall then. Plows will focus on arterial streets while the snow is falling. Once the snow has stopped and main streets are cleared, plows will move to the side streets.

"The Chicago Department of Streets and Sanitation has been closely monitoring the storm system which is expected to drop several inches of snow across the Chicagoland area this weekend," said Williams. "The department will work as quickly and efficiently as possible to clear the roadways and we encourage all motorists to drive according to conditions."

Williams also urged motorists to dive cautiously and be aware of the snow plows. Officials also asked Chicagoans to check on neighbors and to assist those who need help shoveling.

Chicagoans braced for the first winter storm of the season which started on Saturday.

The CTA plans to pull out special equipment to keep train tracks clear and buses warm.

Snowplow blades were attached to the front of all trains so they can easily remove snow and ice from the tracks. Scrapers and de-icers were also installed on railcars to keep the third rail clear of snow. That rail keeps trains moving. Track switch heaters will also be turned on to keep switches from freezing.

During the winter, many people rely on the CTA. Overhead heaters at all 120 outdoor stations were inspected, tested and turned on. The heat will be available until March 31.

CTA officials said they plan to monitor the forecast closely to determine how to make their next move. They will try to keep buses and trains on time and on schedule.

AAA Chicago dispatchers are ready for a flurry of calls from stranded drivers.

"We are going to see four types of calls: Extractions - pulling people out of ditches who are driving too fast for conditions - lockouts, flat tires and dead batteries," said Beth Mosher, AAA Chicago.
The snowy conditions already led to a 30-car pileup in Michigan that killed three people and a 50-car pileup in on I-90 in Ohio, just east of Cleveland, which injured 14 and shut down the highway for 14 hours.

"Take it slow out there. Almost driving to a crawl situation where you are just going so slow. But really, before you head out evaluate if you really need to take that trip in this weather. Is it worth it?" Mosher said.

McHenry County officials are confident they can avoid pileup crashes seen in other states like Ohio, Michigan and Pennsylvania during their first major snowfalls this year.

"Our Department of Transportation, they're oiling the trucks, greasing them up, shining the plows and the guys are getting some rest right now," said David Christensen, McHenry County Management Director. 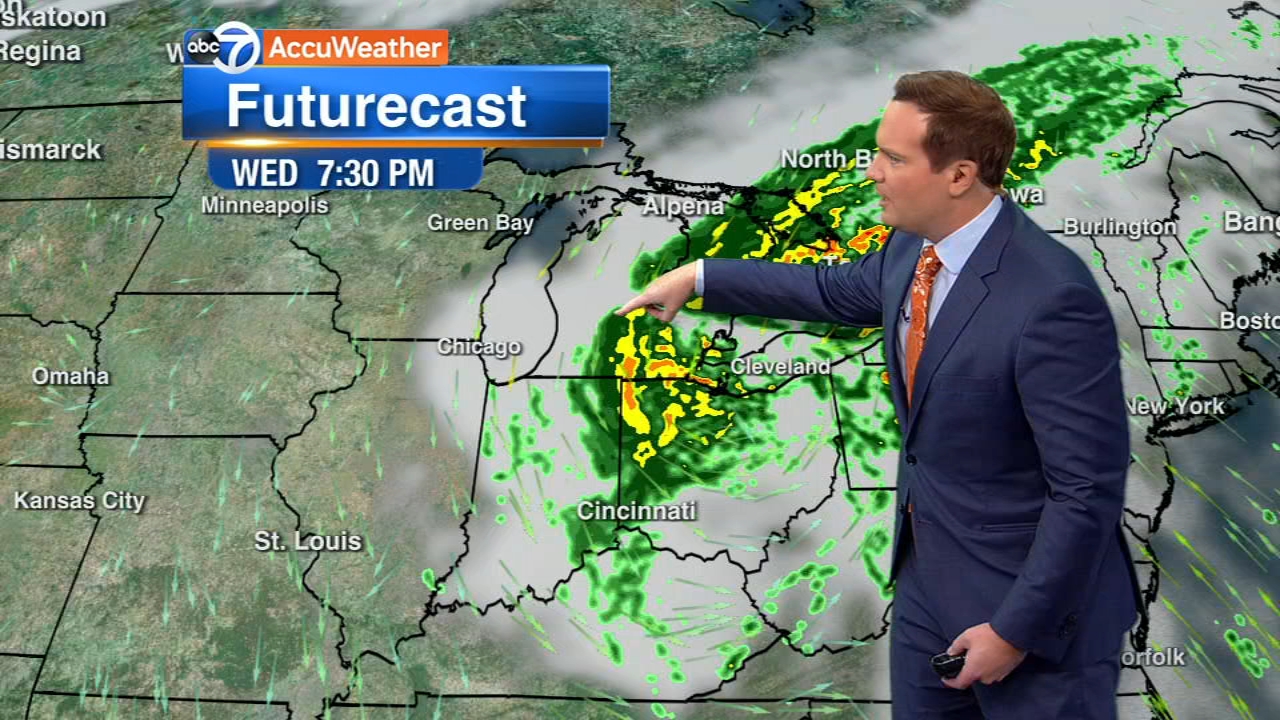