WLS
By Danny Clemens
LOS ANGELES -- Girl power was on full display at 35,000 feet as a mother-daughter duo piloted a recent Delta flight across the country, much to the delight of passengers.

Dr. John R. Watret, the chancellor of Embry-Riddle Aeronautical University, was onboard the flight from Los Angeles to Atlanta with the two women, who he identified as Capt. Wendy Rexon and First Officer Kelly Rexon, in the cockpit.

He snapped a photo of the pair, who he lauded as "good for aviation and inspiring for all of us," and tweeted it after the flight landed. It's been liked more than 40,000 times, and Delta responded to shout out the Rexons as "family flight crew goals."

Watret said he overheard a family asking to visit the flight deck before takeoff. A flight attendant obliged, promising that the two children "would be surprised."

When the family returned to their seats, Watret heard them discussing the "mother and daughter" in the cockpit, and he too asked if he could meet the women in the flight deck.

"I thought that was amazing. I was in awe," Watret said in a news release from Embry-Riddle, adding that Kelly Rexon's sister is a pilot, too.

As his tweet of the Rexons was widely shared, Watret took the opportunity to call for more diversity in the aviation industry.

"It's crucial and one of the key factors we focus on. When there are more opportunities, everyone wins," he said.

Though women have become increasingly visible in aviation, the industry is still far from achieving gender parity. According to Federal Aviation Administration data from 2018, the nation's 46,463 female pilots represent slightly more than 7 percent of licensed pilots, and women more broadly make up only 29.6 percent of non-pilot airmen.

There are signs, though, of progress: FAA data shows that the number of female aviation professionals has risen since 2004, the first year that figures are publicly available. As of 2018, women also make up more than 13 percent of student pilots, indicating that the ratio of women in the field will trend upward in the future.
Report a correction or typo
Related topics:
societyair travelairline industryairlineu.s. & worlddeltawomen
Copyright © 2020 WLS-TV. All Rights Reserved.
U.S. & WORLD 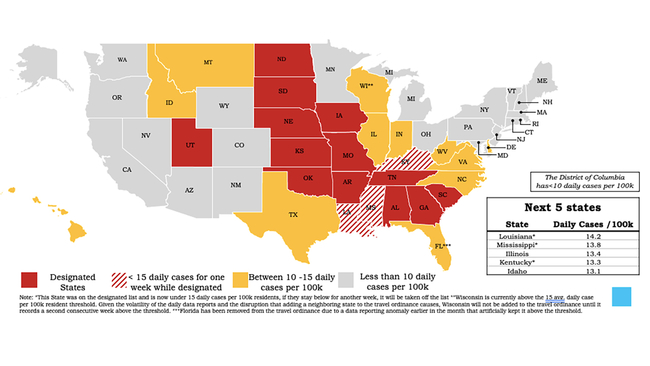