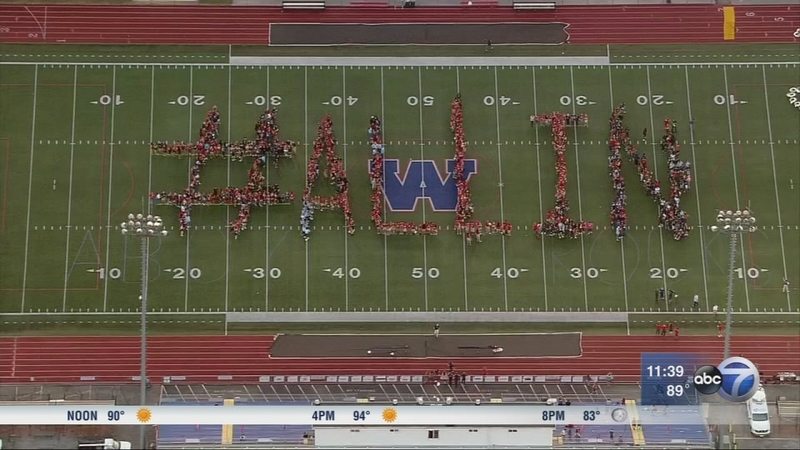 
West Aurora goes against South Elgin High School at South Elgin on Saturday at 1:30 p.m. It's a big game. Both schools are 4-0!

Sept. 22 kicks off our homecoming week! This will be the school's 22nd year of playing Powder Puff. Our football team made the playoffs last year for the first time in more than 20 years. We went 9-0 and are looking to repeat this year! The class of 2018 will be the 149th graduating class of West Aurora High School. We are a school of rich tradition and pride!

We are one of the oldest high schools in the state, establishing a high school curriculum in 1868 and graduating our first class in 1870. We were also one of the first school districts in Illinois, created in 1852, shortly after the state legislature allowed communities to tax their constituents for public education. At that time West Aurora was a separate town from Aurora (divided by the river), and even though our two towns merged into one in 1857, we retained our separate school districts. High school classes took place in just three buildings: Oak Street School (on the site of the current Todd building), the first all-high school building at Blackhawk and Galena (from 1906-1953) and the current building which was built on land next to the original and current football stadium constructed in the cornfields and criticized for being "way outside of town" in 1926. It's a great story! The current high school building opened in 1953. Since then there have been five additions to the building. In 1954 there were 650 to 700 students. It was just three grades (freshmen were at West Aurora Junior High School). The 1958 graduating class was only 180 students. Enrollment for the 2017-18 school year is 3,617.

Awards/Accolades
Too many to count!

Red and Blue, we'll love thee ever,
Proudly do we share thy fame.
Loyalty we pledge forever
To our noble Blackhawk name.

Alma Mater, Alma Mater,
Grateful hearts we offer thee
As we join to sing thy praises
Now and through the years to be.