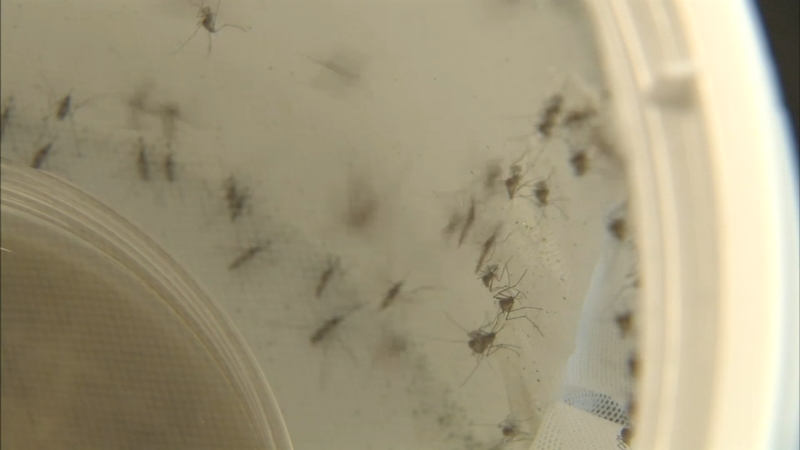 "It's quite high, it's second to 2012 outbreak where dozens of people got sick by West Nile," said North Shore Mosquito Abatement District Executive Director Mark Clifton.

Approximately 300 cases of West Nile Virus were reported in Illinois in 2012. 174 of those cases were in Cook County.

While there have not been any confirmed cases of West Nile in Cook County this year, the Cook County Department of Public Health is ready in case they appear.

"Certainly we're watching the trends very carefully as we work closely with abatement districts," said Dr. Rachel Rubin of the Department of Health.

Both abatement districts and doctors said prevention is key. Steps like using an EPA-approved bug spray, wearing loose clothing, draining water on your property and staying inside at dawn and dusk can help you avoid the disease.

"The mosquitoes that can transmit West Nile will reproduce in small containers, children's toys, garden pots anything that can hold water," Clifton said.

People who are bitten by infected mosquitos may develop symptoms within three to 21 days, but most people exposed to the virus don't get sick, Rubin said.

Mild cases of West Nile may cause fever and headache, while severe cases can affect the brain and spinal cord and lead to death.