Husband killed wife, himself at hospital over her illness 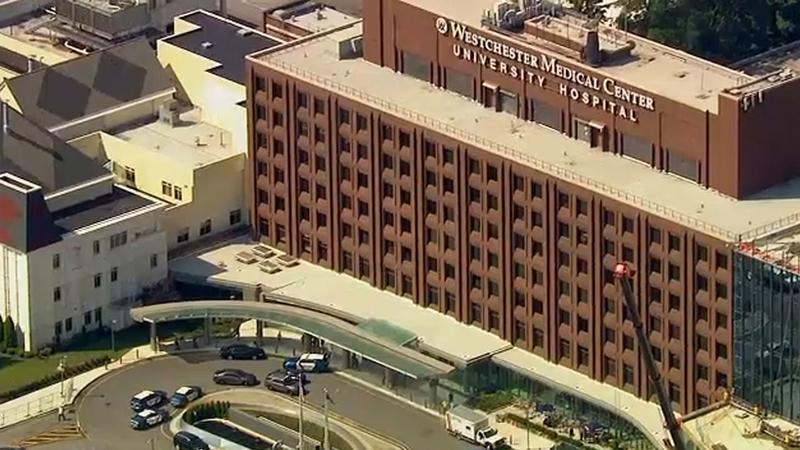 Man, woman in their 70s dead in apparent murder-suicide at Westchester Medical Center

VALHALLA, New York -- A couple from Yorktown, N.Y., is dead after an apparent murder-suicide at Westchester Medical Center on Wednesday morning.

Police initially responded to the call of an active shooter at the hospital around 9 a.m., putting the building into lockdown.

Authorities say the incident involved a female patient and her husband who was visiting. They were later identified as Richard DeLucia, 71, and Ann DeLucia, 70.
Officials say the shooting was contained to a single room on the fourth floor and authorities found both victims with a single gunshot wound. The woman was in bed when she was shot.

Doctors rendered care to the couple but they did not survive.

Officials say they found a note at the couple's home that indicated DeLucia was distraught over his wife's medical issues and wanted to end her suffering.

The county's largest hospital does have security, but there aren't metal detectors and it appears that is how DeLucia was able to get a licensed revolver into the room.

Officials emphasized there was no ongoing threat to anyone at the hospital or any other medical institution.

Employees said they were taken by surprise when they were asked to evacuate because they weren't given much information.

The shooting remains under investigation but normal hospital operations had resumed by the afternoon.