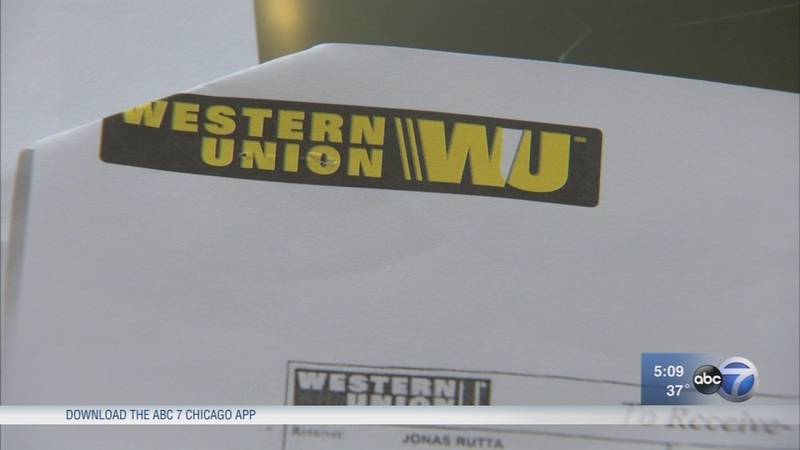 People who sent money to scammers between January 1, 2004 and January 19, 2007 may be eligible to receive a refund. According Madigan, individuals have until February 12, 2018 to file a claim and Illinois residents may be able to receive as much as $20 million in refunds.

This was part of the settlement reached by attorneys general of all 50 states and the District of Columbia with Western Union in January of 2017. The settlement includes a $586 million fund to refund consumers who unknowingly wired money to scam artists using Western Union.

"Western Union knew scammers were stealing from people and did not do enough to protect people," Madigan said. "I encourage Illinois residents who think they are eligible to file a claim before Feb. 12."

Nancy Vedder said she fell victim to scammers at her job planning international adventures with Northwest Passage in Wilmette business. A climbing trip on Mount Kilimanjaro was in jeopardy when the guide in Tanzania didn't get paid.

Vedder discovered the guide's emailed was hacked and someone fraudulently claimed the $3,800 that had been wired through Western Union. Vedder tried to investigate.

"It wasn't just that was lost the money, it was the frustration of dealing with the organization. And the one hand didn't know what the other hand was doing. I was getting all kinds of contradictory information," Vedder said.

Western Union was sued earlier this year by the Federal Trade Commission for allegedly knowing their wire service was being used fraudulently.

"In some instances, the agents or employees of agents - particularly in other countries - were actually complicit in frauds," said Todd Kossow, Federal Trade Commission.

Western Union entered into a settlement with the federal government to pay $586 million in restitution to customers.

"Fraudsters are always looking for anonymous payment mechanisms, that's why they use money transfers," Kossow said.

Vedder who spent years trying to get the money back to her small company is grateful to get in line for a pay back.

"This was a mission. And to feel like there's finally - and I can't guarantee that there will be resolution - but I believe, at this point, there will be a resolution," Vedder said.

Those who filed formal complaints about Western Union should be getting a notice with instructions about how to apply to get all or some of their money back. The FTC suspects there are others who were defrauded.