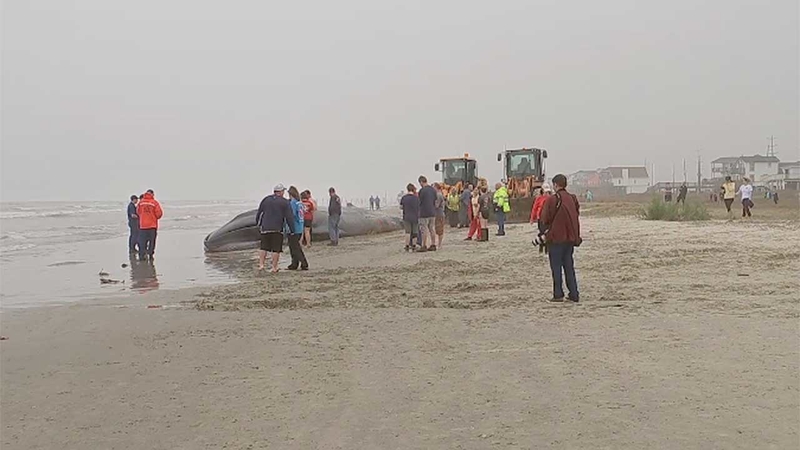 GALVESTON, TX -- A whale stranded on a beach in Galveston along FM 3005 near the Terramar subdivision has died, according to a rescue organization that followed the case since the animal was spotted this morning.

Heidi Whitehead, of The Texas Marine Mammal Stranding Network, said the whale was likely very ill that close to shore and its health had declined quickly. It appeared to be stranded on a sandbar or between sandbars.

There's no word on the gender of the animal or the species, but it appears to be 30 to 40 feet long. The whale is about 50 yards from the shore.

Going forward, authorities say they plan to pull the whale to shore using a rope around its tail, which is the strongest part, and keep the animal on the beach overnight. Security is being coordinated to keep people away from the dead animal.

Whitehead had said prior to the whale's death that it would likely be euthanized.