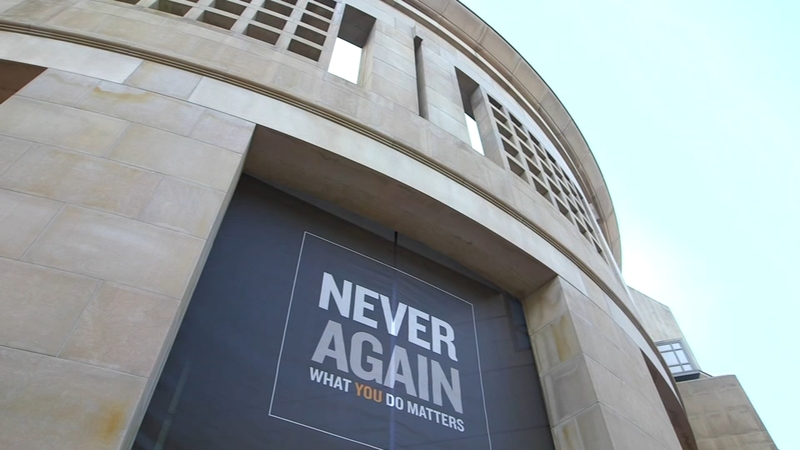 Annual Holocaust 'What You Do Matters' luncheon

CHICAGO (WLS) -- The largest fundraiser in the nation for the U.S. Holocaust Museum was held Monday in Chicago for the annual "What You Do Matters" luncheon.

For more than 25-years, the U.S. Holocaust Memorial Museum in Washington D.C. has been a testament to the horrors of the Holocaust and has promoted education about the dangers of unchecked hatred.

Supporters of the museum said the effort is more important now than ever with incidents of anti-Semitism on the rise.

The Anti-Defamation League recorded a total of 1,879 attacks against Jews and Jewish institutions across the country in 2018.

"It's real, it's now and this museum can do something about it," said Holocaust Survivor Beatrice Muchman.

Muchman has donated many of her documents and artifacts relating to the Holocaust to the museum.

She is one of 2,000 people who attended the annual luncheon.

"We have to make sure the Holocaust does not happen again in any form," said Chicago Archdiocese Cardinal Blase Cupich.

In the audience were many young adults, as well as Holocaust survivors.

"To all of our survivors, we are here to honor you, to make sure we carry forth your stories and that we never forget," said Mayor Lori Lightfoot.

"When we have a president and a leader of this great country that stands for the symbols of freedom, liberty, opportunity, who has trotted out tried and true anti-Semitism. We have a responsibility to call it for what it is when it happens," said Emanuel.