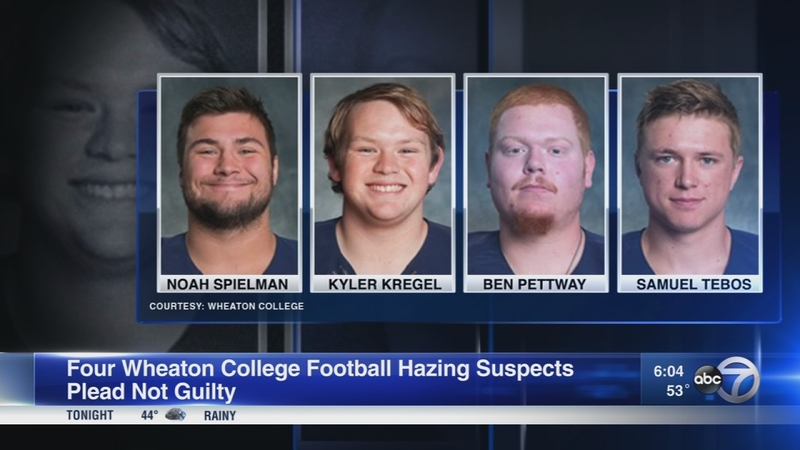 Noah Spielman, Kyler Kregel, Benjamin Pettway and Samuel Tebos all stood before a DuPage County judge as he told them they face nine charges ranging from aggravated battery, unlawful restraint to mob action.

All four of the players pleaded not guilty in court. The fifth player accused, James Cooksey, will appear in court next month.

The prosecution said his injuries matched his description of what happened. The victim left the college shortly after the incident.