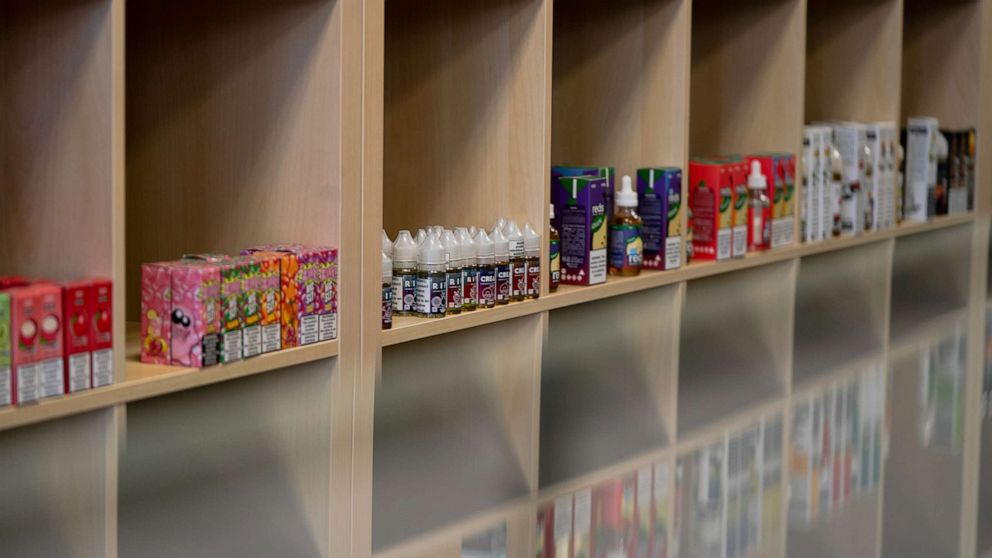 The Trump administration will announce the details of a possible ban on flavored e-cigarette and vaping products next week, President Donald Trump said Friday.

Trump said the administration will also look into raising the federal age to legally buy tobacco products, as well as concerns about the impact the action would have on jobs in the vaping industry.

Trump first announced the administration would ban flavored e-cigarettes products in September amid concern about rising rates of youth use and reported lung illnesses believed to be related to vaping. At the time, Trump said they would implement "strong rules and regulations" to keep the products away from underage users.

That announcement was praised by public health and anti-tobacco groups that wanted the administration to take a hard line against flavored products that appeal to teenagers, but has also faced some pushback from pro-vaping groups that say e-cigarettes help adults quit smoking traditional cigarettes and that some flavors -- including mint and menthol -- should stay on the market.

Two surveys published this month in the Journal of the American Medical Association deepened researchers' understanding of flavored e-cigarette use among teenagers. Nearly 60% of high school students and 54% of middle school students reported that Juul was their e-cigarette brand of choice.

Among older high school students who used Juul e-cigarettes, mint was the most popular flavor, followed by mango. For eighth graders, those flavor preferences were reversed.

Juul suspended sales of most of its flavors last month amid concerns about its popularity among youth, and said Thursday it will no longer provide mint pods to retailers. The company continues to sell menthol and tobacco flavored products.

There have been 2,051 lung injuries associated with the current vaping outbreak, according to the latest numbers from the Centers for Disease Control and Prevention. Thirty-nine people have died in 24 states, with most of those deaths linked to THC devices and black market products.

Officials working to respond to concerns about vaping-related deaths and lung injuries have discussed multiple parts of the broader "vaping epidemic" in recent months. In addition to the illnesses, which the CDC is still investigating to identify the cause, authorities are concerned about the rising rates of young people who use nicotine with e-cigarettes or vape pens after years of declining cigarette use.

A significant percent of the e-cigarette users that have become sick also told investigators they used products containing THC, raising concerns about counterfeit products that could contain unregulated and dangerous ingredients.

Officials from CDC and the Food and Drug Administration have also said they can't definitively say using e-cigarettes or vaping is safe because there isn't long-term data available to evaluate possible health risks.

Some states like Massachusetts, New York and Michigan have already proposed their own bans on vapes or flavored vape products -- but those measures are already facing legal challenges.

Even when the Trump administration starts enforcing its ban against flavored e-cigarette products, some of those items could be put back on the market later.

FDA is moving to remove the products in part because they haven't applied for the agency's approval or been signed off on as a safe alternative to cigarettes. Even as FDA or other agencies move to take the products off the market tobacco companies can apply through that formal process to convince regulators their product helps public health overall by providing a less dangerous alternative to traditional cigarettes.

If regulators approve any e-cigarette products through that process, they will be officially approved to be sold to the public, but likely with restrictions on marketing or with flavors that make them less attractive to teenage users.